ITURI RAINFOREST, The Congo -- DNA tests on a 46-year-old man have confirmed the existence of a new “Lindbergh family” living among the Mbuti Pygmy tribe in the Congo in Central Africa.

Ndeki (“Chuck”) Mbato had for many years claimed to be the son of famed American aviator Charles Lindbergh. When it was discovered in 2003 that, in addition to his well-known American family Lindbergh also had a “secret family” consisting of a wife and three children in Germany, Mbato’s claim garnered increased attention. DNA tests have now confirmed his claim. 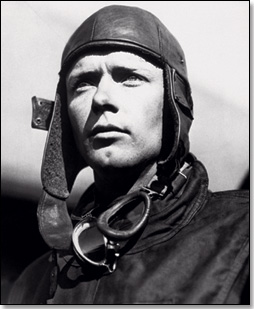 “We always knew Chuck was a little different,” says his Pygmy cousin Unduzi, speaking through an interpreter. “For one thing he is about 1.9 meters (75 inches, or about 6’3”) tall, has curly blond hair, and loves wearing khaki, brown leather jackets and aviator shades.

“Other than that,” Unduzi said, “he fits into the tribe pretty well.”

Noted Lindbergh biographer A. Scott Berg blamed the 1932 kidnapping and murder of Lindbergh’s son Charles III for the aviator’s later behavior. “Just as a rich man who’s been robbed will often scatter his assets in different accounts to protect him, it’s obvious that Lindbergh, after the death of his infant son, decided that the only way to truly keep his progeny safe from harm was to spread them around the entire world. Of course, in this case it required a different kind of coordination than an ordinary financial transaction normally would, but the principle of having multiple locations for making his deposits still holds true.” 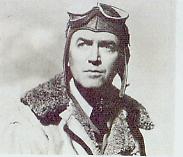 Additional reports of “Lindbergh children” are now being investigated in a small village north of Beijing, China, in Bombay, India, and in Moose Jaw, Saskatchewan, Canada. “It’s good to see that the Spirit of St. Louis is still soaring, so to speak,” said Berg with a chuckle.

When asked to sum up the aviator’s legacy, young Mbato's answer was simple. “My father loved flying,” said Chuck, who is in negotiations for a book and movie about his life.