Defiance using opera leads to a DQ at the Marathon 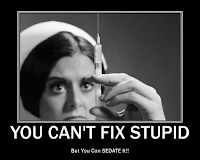 Our Word is naturally big on classical music. We have an appreciation of the orchestra and opera, as you've likely read throughout the years we've written. But an incident last year at Bi-Lo Myrtle Beach Marathon XIV turned out to be a disaster for poor Bobby.

After a flu bug weakened me in the last seven days, I thought I was over it by that Thursday and felt confident I could take a shot at marathon #9. About 30km into the race, I came down with dehydration and cramps, and an official wanted me off course, calling an ambulance. After waiting 30 minutes I felt I could continue after hydrating, even becoming defiant I wanted to continue (which I did with a 7:24 marathon). Even was defiant I told a medical tent in humour that I wanted to kill myself off the Ponte Vecchio into the Arno if I wasn't allowed to continue, and those of us who appreciate opera understand the meaning. But I thought I was safe.

Turns out a few days ago, the medical official called race directors and sent me a note that I had been effectively disqualified from this year's race by the medical official who rejected the entry after it had been approved. I was outraged. He thought I was an emotional basket case, with the problem being my satirical look at failure from opera's eyes.

So as events keep adding rock bands, have we lost the art of satire and the look at classical music? When you are taught in your youth failure means you become a beggar on the streets, that's one thing. Failure is symbolised by death as we've seen in entertainment, whether it is failing a video game (your character dies), game shows (on foreign versions of "Family Feud," wrong answers are called losing a life; the term here is a strike), or tragic characters in opera. As an opera fan, failure is akin to watching Lauretta jump off the Ponte Vecchio into the Arno (which she didn't) or Magda Sorel stuff herself in the gas oven of the family kitchen (which she did, leading to the lore between a master's student teacher and her older adult student), let alone Tosca jumping off the castle into her death down below. I don't want that. The ultimate meaning is failure. Sadly, we have people do not appreciate classical music or opera today. They probably did not understand my anger being cast into an opera, and thought I was being too serious.

Mona Charen is right about our society after the Presidential inauguration. We do need a greater appreciation of serious, high culture again. It's clear the lack of understanding of high culture led to my suspension and disqualification, and her January column shows we've lost the seriousness when the Presidential inauguration went to the gutter. "Gutter" music (see the trends towards garage-type rock bands on courses) is not something I can understand compared to the sound of serious music. But gutter music thinking does hurt our society. ◙
Email ThisBlogThis!Share to TwitterShare to FacebookShare to Pinterest
Labels: Culture, Marathons, Opera, Stupidity