Thoughts from the Pro-Life banquet 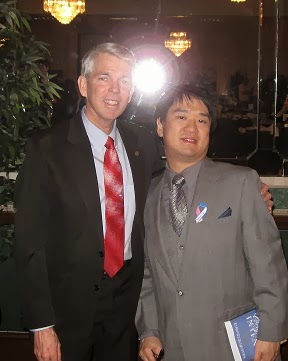 David Barton at Wallbuilders spoke at our 2014 South Carolina Citizens for Life March for Life banquet, which moved to the catering hall next to the State Fairgrounds this year and had an interesting series of notes that came from our banquet:

1.  American Exceptionalism.  There is a Divine Creator.

2.  Inalienable Rights Come from God.  They are endowed by their Creator.  Alexander Hamilton sand they are not to be rummaged, and written by God, and an antecedent to all government was in Genesis 9 (the laws God gave Noah).

4.  There is a Fixed Moral Law.  Blackstone's law journals were among the first law journals written for this very country.  The laws of nature and nature's God apply, as shown in Psalms 19 and Romans 1.  In the eyes of the early era, the murder of children in the womb and sexual deviancy are against nature, in violation of fixed moral laws, and what is happening when we pass laws against nature violating fixed moral law?

5.  Consent of the Governed.  What does it say when one activist judge decides he is the superlegislator?  We are seeing it with Proposition Eight in the Autogol Strategy, which can be used to strike down pro-life legislation if an Attorney General is pro-abortion.  That is the bigger hazard we have when tiny loud minorities that oppose Moral Law impose their will to advance an agenda.

In the words of Mr. Barton, a secular government cannot be a limited government, as we are clearly seeing now.  In Grigsby vs. Reib (1913), governments promoted the security of the family.  But that collapsed in the 1960's and since that era.

The truth is that civil government has grown out of [proceeded from] marriage. . . . [Marriage] will produce a home and family that will contribute to good society, to free and just government, and to the support of Christianity. (from Grigsby vs. Reib)

Mr. Barton spoke at both the dinner and the march, though the latter was affected by rain.


Forty-one years later, we still march on, defying how the Supreme Court stripped the right of life in "fixed moral law" away. ◙
Email ThisBlogThis!Share to TwitterShare to FacebookShare to Pinterest
Labels: Right to Life