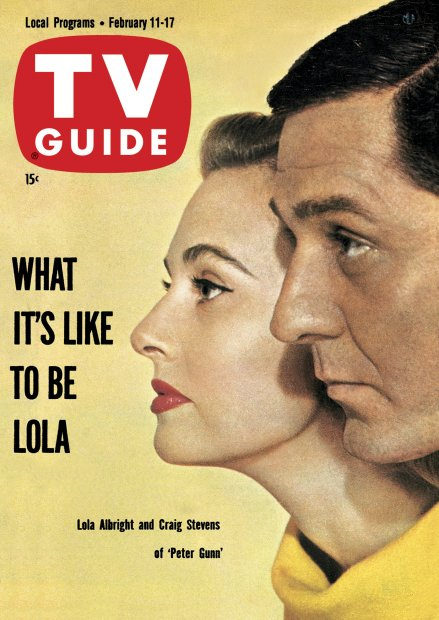 Until a few years ago, the most I could say about Peter Gunn was that Craig Stevens played a suave private eye, and it had one of the coolest themes of all time.  Now, to know that I had to have seen it at some point in time, probably many years ago, before I was old enough to understand Lola Albright.  But then I was able to get the complete series on DVD - and then I got Lola Albright.

[Pause while heartbeat returns to normal.]

Albright plays Edie Hart, the singer who's also Gunn's girlfriend. She works out of a bar called Mother's, which doubles as the place where Gunn meets his clients and conducts his business.  She's a smart, sassy character* who's graced with some snappy dialogue, every bit Gunn's equal in the scenes in which they're matched.  She has a fine singing voice, doing her own vocals in the occasional set pieces at Mother's.  She exudes an adult sexiness that makes it impossible to take your eyes off of her when she's on screen.  And she's a likable character, as is Gunn, making this one of the easier private eye shows to watch.

*Gunn's nickname for her was "Silly." 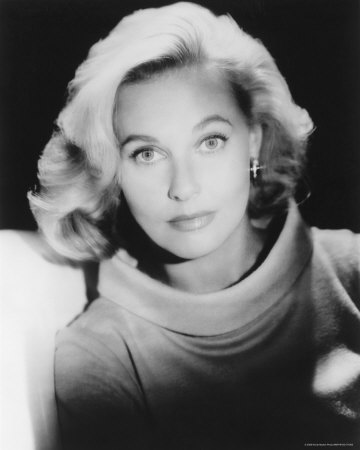 Off screen, Lola Albright has some things to say about what she sees as an unreasonable invasion of her privacy since her divorce from actor Jack Carson.  "To tell the truth, I'm sick and tired of the line 'Does Lola get what Lola wants?'*  Every magazine and newspaper seems to leap on it as though discovering it for the very first time.  I am equally sick and tired of the line 'Lonely Lola.'"  Such are the curses of having an alliterative name, it would appear.  "If my name were Betty, I'd be two cliches to the good."  She struggles with the line between personal and public; while she understands the sacrifices of privacy that are part of stardom, she wonders "why does the press have to go so far?  Why do they print things you never said, things they make up out of a blue sky?  Why do they twist what you say into meanings you never meant?"  Lola also denies she's dissatisfied with her role on Gunn; she likes how Edie got her own place in the third (and final) season, a plot devise that gives her a chance to sing more.  "I don't want to dominate the show and I certainly don't want a series of my own."

*If you're unsure of the origin of the line, watch this.

People who work with her have nothing but good things to say.  Frank Stempel, who was her ex-husband Carson's manager, says that "Even now that she's making good money, she doesn't really know what it is.  She goes out of her way to help people.  She'd give away her last dime if she thought it would help somebody."  Press agent Bill Stein remembers how when his wife was in the hospital, "Lola must have called me a dozen times offering to come out and take care of the two kids while I was working.  If you know her, you like her."

Peter Gunn, which ends its three-year run at the end of the current season, is probably the high point of Lola Albright's career, although she's hardly a recluse once the series ends, appearing in several big-screen movies and is a steady presence in guest roles on TV through the 80s.  But there's no disagreeing that in a genre that often produces more than its share of annoying characters, Peter Gunn's Edie is one of the most enjoyable; in fact, after you've watched her in a few episodes, you'll probably be singing these words as well: