Television and advertising executives, holed up in Urban America, ignore the Heartland 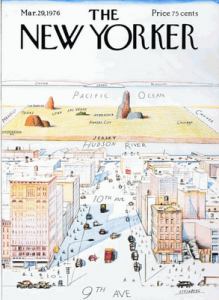 Listening to Sean Hannity Friday evening on the way to a Baroque Soloists concert in regards to the departure of Jay Leno from Comcast had me taking notes that came to fruition after reading backlash over advertising that has aired during the Games of the XXII Winter Olympiad that has advanced sin peddling of sexual deviancy.  Mr. Hannity's comments on Mr. Leno resonated with the advertising push to advance same-sex “couples” that we've seen in both Super Bowl XLVIII and the XXII Winter Olympiad since they are intertwined.

Mr. Hannity noted how Comcast management in Philadelphia, New York, Los Angeles, and Connecticut were out of touch with what plays in Middle America, and it was that attitude that led to Mr. Leno's dismissal.

When I though about it, I see the excessive push for sin and the controversy over the Coca-Cola advertisement during Super Bowl XLVIII (it has since been edited), and I see the same issue.  The advertising agencies that script, cast, and produce the advertisements have more control over the ad than the company paying for the ad.  And similar to the Comcast issue with Mr. Leno, the management of the advertising agencies are in the same major cities (New York, Los Angeles, Chicago, et al) and what may play in the large cities, where the city-states that decided the 2012 elections are located, is not something that will play again in Middle America.

When you think about sexual deviancy activism (why is it being stuffed in your face as a way to show victory via Autogol), it will play in San Francisco, Seattle, and urban areas stuffed with cash by Tim Gill and others, but it does not play in the Heartland, as we have seen with arrogant urbanites trying to force their agenda down when a clear supermajority opposes them.  The urban areas are more likely to be loaded with people of no religious faith, which support the cause, and helped put the President over the top.  I'm sick of seeing the sexual deviancy group acting as if they own the world now to protest President Putin.

But seriously, Mr. Putin makes a serious point.  How would parents like it if sexual predators and deviants were allowed to push their propaganda in school and recruit the children?  We have seen the results of sex predators attacking children, and it is not pretty.  The Russian law makes perfect sense, in effect protecting children from being bombarded with propaganda advancing heinous behaviour we are taught in Leviticus 18 and Romans 1 is wrong and sin.  Yet we have schools in the States trying to recruit new predators.  The Russians have made it clear we must defend our country against the Dan Savages of the world who rely on tactics such as cybersquatting on a Catholic politician and resulting in him losing every election since the cybersquatting tactic began, especially since his name is being used for X-rated material I cannot discuss.  How far worse can it be now?  I support Vlad here.

Reminds me of a music video over 20 years ago: ◙