Throwback Thursday: Has New Year's lost its luster thanks to Pay TV having the Bowls? 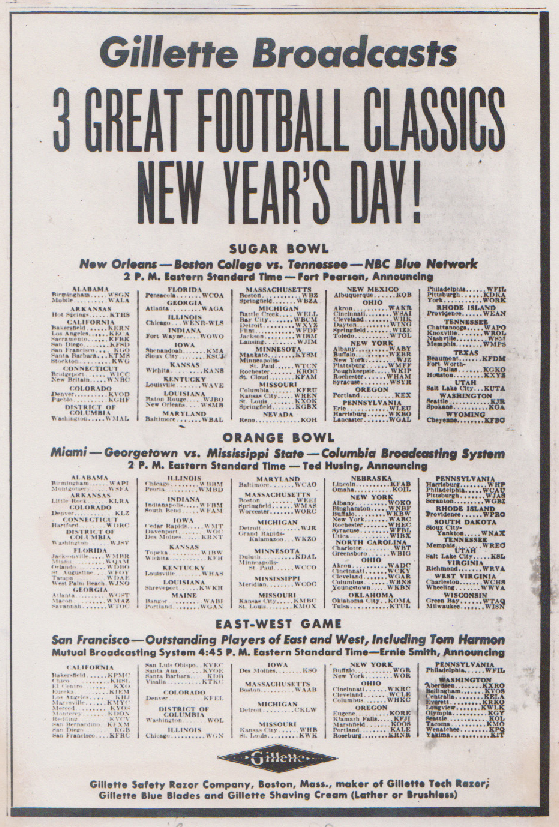 Does it seem that New Year's Day is no longer the “major” television event it was years ago? The big college football games are no longer staples for local television affiliates, as pay-television has acquired the entire kit and kaboodle, and the major New Year's Day sporting event on network television is the NHL Winter Classic, which thanks to its NBC deal (a new ten-year deal starting today) while the college bowls have moved to pay-television means the only “New Year's Day” bowl left on network television is the AT&T Cotton Bowl [Now the Goodyear Cotton Bowl - Ed.], which is not even played at the said stadium, but in Arlington at Jerry Jones' billion-dollar edifice on a Friday night. CBS is left with just their regular daytime programming on New Year's (the game shows and dramas have original programming today).

With the bowls likely moving to pay-per-view in the future, it seems the lustre of the big games has been lost. We learned the first year of the pay-television revolution the ratings dropped considerably, and when the BCS Championship rematch draws less than the same two teams on broadcast network television in November, we've seen that pay television is worse. What we're seeing now is the same thing Britons will see when F1 moves to pay television this year with a price of over $500 for the season (for F1 races only; this subscription for F1 must be ordered to have F1) so the Beeb could save coverage of The Open Championship and Wimbledon – two events that in the US have moved to pay-television exclusively.

With no New Year's programming left on broadcast television, what does this say about the quality of television when raunchy programming is the “standard” of quality?