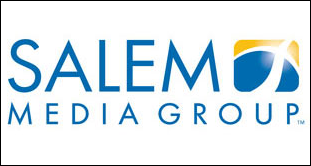 Erick Erickson's dismissal of Messrs. Trump and Carson from the RedState event in Georgia sent an alarm upon past incidents with Salem Media Group, the parent of RedState, which owns numerous conservative sites (Townhall, RedState, Hotair) and religious media sites (The Fish, Solid Gospel, CCMMAGAZINE, and Singing News, all of which promote pop music in the church, which as I've seen isn't always doctrinally sound), with the California company (NASDAQ : SALM) also partnering with CNN in the upcoming second Republican press conference in a few weeks.

As I divulged into this issue, this was not Salem's first time that the heat has been on them in the wake of attempting to control the debate over issues.  In November 2013, Salem radio hostess Janet Mefferd confronted Mars Hill Church pastor Mark Driscoll over his new book, A Call to Resurgence, after Westminster Seminary California professor Peter Jones' content, without being cited, was referenced in Mr. Driscoll's book.  The heated controversy later led to Salem officials purging the contentious interview (which someone else has archived), the resignation of a producer that I've often cited here (and I have the utmost respect for her), and eventually Mefferd from Salem Radio.

(Note that Salem has purged all references of Mefferd's show since she was released by Salem.  Her noncompete expires soon and she will return on another radio network.)

A few weeks later, Mefferd's evidence was confirmed by the publisher of the Driscoll book.  Despite the exoneration, the damage was done.  Salem had pulled all references to the Mefferd-Driscoll incident.

When I saw the RedState incident, I had to remind myself that this was not the first time Salem has targeted someone with controversial incidents.  Welcome, Donald, to the same club as Janet.  This was not Salem's first time embroiled.  We've seen it before, and we're referencing it.  Is Trump being given a Mefferd treatment by Salem Media?

Oh, by the way:  I cannot let this pass through our lines, but two of sports' best known current voices lost their partners from the 1990's -- Al Michaels with Frank Gifford (then at ABC) and Mike Joy with Buddy Baker (then at CBS) -- over the weekend.  Both Michaels and Joy did tributes to their colleagues.

"Famed Pastor Embroiled in Controversy Amid Charges of Plagiarism, But What's His Publisher Saying?," The Blaze, December 11, 2013.