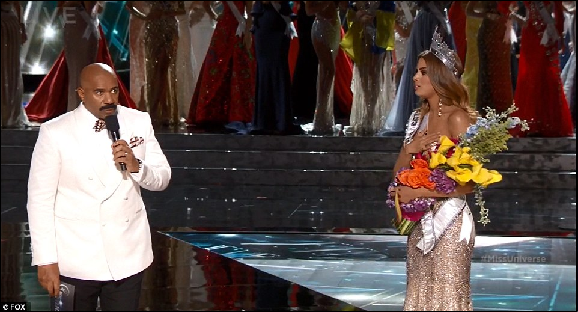 I think Ricky Brooks must be involved in the final decision of the Miss Universe 2015 pageant."

Ricky Brooks is the lead technical inspection official at many big-money Super Late Model races, including the Snowball Derby in Pensacola held in the first full week of December.  Many times, his events end with a notable disqualification of the winner for various sundry technical issues, such as Christopher Bell's disqualification, once in qualifying for violation of a Super Late Model unified rule on car body mounting, and once after the race for the car's left-side weight being greater than the 58.0% maximum in post-race inspection two weeks ago at the Snowball.