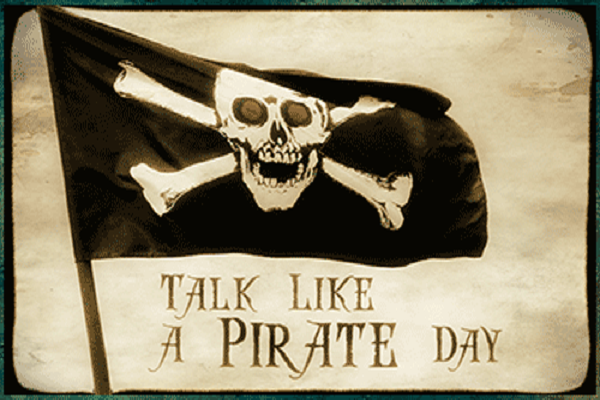 I usually try to mention this every year; a few times I've even done the day's post in pirate lingo. Such is not the case this time, but in the spirit of the day, Fr. Z offered some suggestions for commemorating the occasion, to which I add my own: