Throwback Thursday: The Timberwolves, journalism, and the end of democracy as we know it 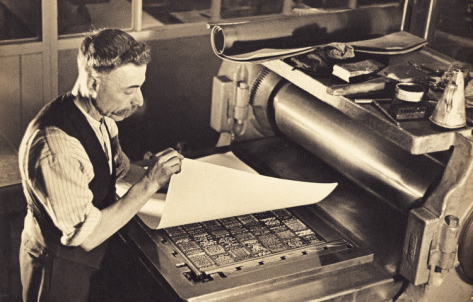 This may be a bit convoluted, and I’ll ask you to hang in there with me on this, but I think that when I was watching the Minnesota Timberwolves game for a few minutes the other night, I noticed why democracy may be in great peril in this country.

As I clicked through channels I discovered the rebuilt Woofies enjoying their opening night festivities. The announcers (Tom Hanneman and Jim Petersen, but I don’t want to name any names) were ebullient and optimistic. At one point Hanneman even lauded the large and enthusiastic first game crowd, even as the camera shot showed two somewhat lethargic middle-aged guys surrounded by six empty seats. Whatever.

The announcer’s enthusiasm quickly started to grate on me, though, when a fairly nondescript layup by one of the new, nameless, faceless Wolves was hailed as a good reason why his contract had been extended by management just a few days earlier.

Then it hit me again, like I should have forgotten this for a second. These are not game announcers or sports journalists. They are paid PR hacks employed by the Wolves to put across their product (and hopefully fill a few more seats for the next game). The idea that you are going to get honest analysis went out the window a long time ago, and I think that window may now be shut forever.

And that’s what’s scary, because I don’t think any of us have the long-term will, energy or mental perseverance to keep making that distinction in today’s media. Is it possible that everything we are hearing is spin meant to sell products. I mean everything. That there really is NO honest, objective, journalism left, anywhere? (Help, I’m feeling pessimistic.) Forget sports, who really cares about where that mess is going, but what about in politics, and in civic debate, and in the things that really matter? (I almost added in religious life, but that’s a scary topic for another day).

So, my point, my question really, if you’d like to chime in, is are we getting the real scoop anywhere about anything? If we aren’t, if we’ve lost the objective power of a free, unbiased media, we’re in big trouble. I mean, big trouble. The whole thing about Jefferson and the newspapers, right?

What do you think?

(On a lighter note, before this new depressing thought gets too much attention, my announcer friends did add a smile before I found my remote. Mr. Petersen, who I believe graduated from some of our finest local schools, talked about one player suffering through, and I am sure I heard this, “a menagerie of injuries.” What exactly would that be, I wondered? My colleague Mr. H, the wunderkind with the steel-trap mind - whatever that means said, “well, maybe he had a charley horse. Followed by a calf pull.” Pretty bad, if it wasn’t so funny.

So I got to thinking, what other “animal” injuries do people have? Anybody have any ideas?)