It's not just a Catholic problem 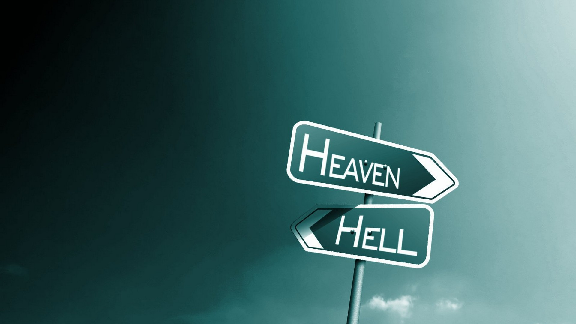 Father Dwight Longenecker's column on "America's Two Catholic Churches," as we've noted with the current problems with Pope Francis, seems to draw a line that I've seen is not just a problem in the Catholic Church.  In the column, he notes a group he calls the "liberal Catholic elites" that run their own publishing arms and institutions of higher learning, pushing the Left's social justice with illegal aliens and sexual perversions.  They focus on advancing their career in academia, and fellow leaders of such have the same background.  He specifically calls out the "politically correct, essentially humanistic and rationalistic agenda using the usual mass media channels where they have friends and allies."  He also notes the Deism of such and the audience that has pushed leaving tehir faith, attacking demographics as the reason for their decline.  What they are not seeing is the same principles as what we have seen in numerous other denominations.

Liberal Protestantism has driven churches out of schools once known for affiliation with churches, such as (Richard) Furman University, where Richard Furman's push for the Baptist faith has given way to a humanist school that beat the public universities to sexual perversion acceptance, and the church that once sponsored it is now falling into the same line as the Catholic churches of elites that Father Longenecker is referencing.  We are seeing that in Belmont in Nashville also, as a post-Obergefell attitude demands perversion has rights and nobody else can run the nation except these elites and their sympathisers.  Note the ties to liberal Protestantism with Wake Forest University (where Sean Hannity's son attends, he is on a partial tennis scholarship) in Winston-Salem and Mercer University in Macon (Cooperative Baptist Fellowship material is printed at Mercer), the University of the South in Sewanee (Episcopal Church), Presbyterian College in Clinton (PCUSA), Baylor University in Waco (CBF), and other such universities -- but very few people identify the correlation between these places and the similarities they have to the liberal elite churches that Father Longenecker referenced.

The Anglican churches in our area belong to a Diocese that left The Episcopal Church, which consists of the liberal elites and social justice, in 2012 and joined African primates that run the Anglican Church in North America following a June meeting.  Some churches that may be part of conservative groups that follow the Bible are wanting to defect to the dark side, as we've seen through the music that is rampantly heretic and ambiguous, as they are using the music of the latest pop stars in churches known for content of the song, a lack of understanding church doctrine, and style over substance, reminiscent of a certain Presidential Administration that one well known radio host often referenced has the same problem.  When I read that column, I saw Antonin Scalia's Obergefell commentary on how the Catholics and Jews had exclusive authority over the court (there is one Episcopal judge, but still lacking the Conservative Protestants or Evangelicals, which Justice Scalia specifically stated created the bad decisions), since it seems the liberal majority consists of the same elite institutions.

In a similar vain to what Americans know after the elections, the elite enclaves lack an understanding of the rest of nation Catholics that support ETWN, the Right to Life, and other conservative groups.  The elites misunderstand and intentionally advance what the original article states are left-wing leadership in line with prosperity teachers.

So this is not a Catholic problem, I see it with many faiths where there is a split between conservative and liberal denominational leaders.  Are churches not seeing the problem with Big Entertainment taking control of church music and advancing prosperity teachers?
Email ThisBlogThis!Share to TwitterShare to FacebookShare to Pinterest
Labels: Religion