The Decline of Miss America and Its Ironies

by Bobby Chang
I write this hours from the start of the Miss America pageant from Las Vegas, and note how the once legendary contest ("Golden Mermaid Bathing Beauty Contest") that gave us the "second prize in a beauty contest" card in Monopoly has been dropped from the annals of this country. 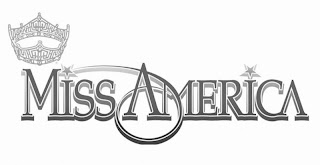 When the pageant was moved to cable television (originally to MTV's CMT, now Discovery's TLC) and sent across the coast to Las Vegas, it continued a push of one greedy Sin City's quest to seize America that has resulted in major events in New York, Oklahoma, Toronto, and Atlantic City that have been moved to Las Vegas. Furthermore, under the rules of this current Congress, Las Vegas is a power broker that regions such as our own state has been quashed. Seeing the pageant in Las Vegas on cable does not have justice like the NASCAR Sprint Cup race in Fort Worth, TX, in November, an event which they sued NASCAR to cease the traditional Florence fall date to allow Fort Worth to have the second date. It seems odd to see Miss America in January at Las Vegas and the November Sprint Cup race at Fort Worth when Miss America should be in Atlantic City and the fall Sprint Cup race should be in Florence.

It's become a sad state of affairs when network television staples such as the finest movies, key sporting events, and scholarship pageants once known for their network television exposure become limited-coverage cable events. Now we're seeing the Chase and the BCS move to cable. We've also seen great movies drop.

This reminds me of an incident when Miss America first was held in Sin City in January. With MTV's CMT holding rights, and my knowledge of the evils of MTV (remember Howard A. (Humpy) Wheeler Jnr's nephew David Jnr is a close friend from college, and Humpy's daughter Patricia was a CBS executive at the time I held CBS shares; when MTV took over CBS, they shut down the Charlotte operations when CBS motorsports operations, based in Charlotte, was closed to help MTV start Spike), the night of Miss America was the night I attended a concert commemorating the 250th anniversary of Mozart's birth (this was the concert that resulted in the Hill Rule barring instigation of a standing ovation). After church it seemed everyone was talking about the pageant. Yet here I was attending Mozart instead of watching MTV and people just swooned over what was on CMT and the leadership mocked me for my fight against MTV.

Just how sad is it when a scholarship event, which had its standards set 60 years ago by Yolanda Beetzbe's "I'm an opera singer, not a pin-up" statement has been relegated while the beauty pageant started by Catalina Swimwear in response is now more revered than the classy event even with the selfish judge who pushed that agenda to cost someone the win? For someone who prefers Brittnee Siemon over Britney Spears and Cynthia Hanna instead of Hannah Montana, what does it say about the pageants now when sex appeal is more important then beautiful talent on television? (Remember the Catalina pageant's judge who asked the question for his political agenda to legalise false marriage?)

Miss America once produced an ESPN personalities in the 1980's (1985, Sharlene Wells, who during her time at ESPN went by her married surname of Hawkes) and a current Fox News host (1989, Gretchen Carlson, Fox and Friends). The Catalina pageant now has NBC and Donald Trump as owners, and we may see some actresses, models, and others, but what do we hear? Ironically, while that pageant was long associated with The Price Is Right (host Bob Barker, 1972-2007, hosted Catalina pageants from 1967-87, and model Brandi Sherwood, who won two crowns with Catalina pageants, Miss Teen USA and Miss USA, who served as a model from 2002-2009), the game show has now associated with Miss America, as Miss America 2009 Katie Stam presented Showcases on the Drew Carey-hosted game show during her reign, and it's almost assured the new Miss America will be a guest on the game show. Now if only CBS can regain Miss America rights and have Miss America promoted on the game show in a legitimate manner, what can we say?

It's sad that Miss America, the classier pageant, is relegated to lower channels while the sleazier Catalina pageants have better exposure. Give me opera singing sopranos and great classical musicians over busty lusty models.
Email ThisBlogThis!Share to TwitterShare to FacebookShare to Pinterest
Labels: Culture