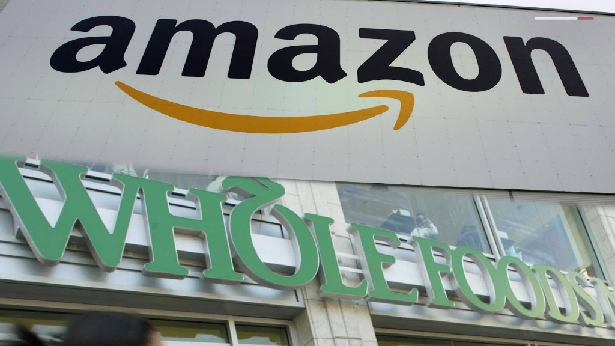 Amazon's takeover of Whole Foods Market, which I noticed was made after the Texas grocer was shaken down by New York authorities in a clear political attack for CEO John Mackey's opposition to socialised medicine that started in a 2009 Wall Street Journal article and later interviews on Fox News, is nearly complete.

Their strategy to cut prices will likely attack the long-standing policies of buying from farms within a 150 mile (240 km) radius and pushing food from that area in order to buy more from the larger farms, meaning sadly one of their virtues in buying from farmers we love in our area could be coming to an end.  I enjoy buying produce, meat and eggs from many local farms in our area (Wil-Moore, Doko, and others at the farmers' markets) and have built relationships with such farmers over the years. Whole Foods' relationship with many farmers will be under attack thanks to Amazon's likely game plan to cut costs at the expense of local farmers.

The Seattle retailer's new plans will discard loyalty programmes we see at other grocers but require for the major discounts Amazon Prime, which is over $100 annually that is best known for offering X-rated programming that pushes the Left's propaganda, which as we've noticed recently, a report from Parents Television Council notes the domination of TV-MA, the television equivalent of the NC-17 rating at movies, in premium streaming services;  Amazon's original content features liberal propaganda that Americans have rejected, but critics love at the awards shows.  Amazon pushed sexual perversion in one such award-winning show as they are one of television's New Big Four.

Also beware that they will become part of The Washington BLEEP's empire to push Starbucks' values and be the complete opposite of what made them a top notch grocer, which is the free market. Will this be the end of local farms' work with them as Seattle Values replaces the ideals of John Mackey?  I fear the local farmers that will lose their top distributor under Seattle Values.

This was the full article as posted by Mr. Mackey.  It is evident the shakedown of them began for his opposition to socialism, and the result is one of the Left's power brokers shook them down.  Because of the possibility of actions by The Washington BLEEP, I've decided to post it in its entirety before it could be removed by the said organisation after its takeover.  His analysis on the "Standard American Diet," as is called by the Keatleys of the Base 10 Method gymnasium and Health-Bent cooking site, and something I've known through my long term association with dancer Caroline Lewis Jones for many years in both taking dance and studying food, this analysis is absolutely correct.

"The problem with socialism is that eventually you run out of other people's money" —Margaret Thatcher.

With a projected $1.8 trillion deficit for 2009, several trillions more in deficits projected over the next decade, and with both Medicare and Social Security entitlement spending about to ratchet up several notches over the next 15 years as Baby Boomers become eligible for both, we are rapidly running out of other people's money. These deficits are simply not sustainable and they are either going to result in unprecedented new taxes and inflation or they will bankrupt us.

While we clearly need health care reform, the last thing our country needs is a massive new health care entitlement that will create hundreds of billions of dollars of new unfunded deficits and moves us much closer to a complete governmental takeover of our health care system. Instead, we should be trying to achieve reforms by moving in the exact opposite direction-toward less governmental control and more individual empowerment. Here are eight reforms that would greatly lower the cost of health care for everyone:

1. Remove the legal obstacles which slow the creation of high deductible health insurance plans and Health Savings Accounts. The combination of high deductible health insurance and Health Savings Accounts is one solution that could solve many of our health care problems. For example, Whole Foods Market pays 100% of the premiums for all our team members who work 30 hours or more per week (about 89% of all team members) for our high deductible health insurance plan, and provides up to $1,800 per year in additional health care dollars through deposits into their own Personal Wellness Accounts to spend as they choose on their own health and wellness. Money not spent in one year rolls over to the next and grows over time. Our team members therefore spend their own health care dollars until the annual deductible is covered (about $2,500) and the insurance plan kicks in. This creates incentives to spend the first $2,500 more carefully. Our plan's costs are much lower than typical health insurance, while providing a very high degree of team member satisfaction.

4. Repeal all government mandates regarding what insurance companies must cover. These mandates have increased the cost of health insurance many billions of dollars. What is insured and what is not insured should be determined by individual health insurance customer preferences and not through special interest lobbying.

5. Enact tort reform to end the ruinous lawsuits that force doctors into paying insurance costs of hundreds of thousands of dollars per year. These costs are ultimately being passed back to us through much higher prices for health care.

6. Make health care costs transparent so that consumers will understand what health care treatments cost. How many people know what their last doctor's visit cost? What other goods or services do we as consumers buy without knowing how much they will cost us? We need a system where people can compare and contrast costs and services.

7. Enact Medicare reform: we need to face up to the actuarial fact that Medicare is heading towards bankruptcy and move towards greater patient empowerment and responsibility.

8. Permit individuals to make voluntary tax deductible donations on their IRS tax forms to help the millions of people who have no insurance and aren't covered by Medicare, Medicaid, SCHIP or any other government program.

Even in countries such as Canada and the U.K., there is no intrinsic right to health care. Rather, citizens in these countries are told by governmental bureaucrats what health care treatments and medicines they are eligible to receive and when they can receive them. All countries with socialized medicine ration health care by forcing their citizens to wait in lines to receive scarce and expensive treatments. Although Canada has a population smaller than California, 830,000 Canadians are waiting to be admitted to a hospital or to get treatment. In England, the waiting list is 1.8 million citizens. At Whole Foods we allow our team members to vote on what benefits they most want the company to fund on their behalf. Our Canadian and British team members express their benefit preferences very clearly-they want supplemental health care more than additional paid time off, larger donations to their retirement plans, or greater food discounts; they want health care dollars that they can control and spend themselves without permission from their governments. Why would they want such additional health care benefit dollars to spend if they already have an "intrinsic right to health care"? The answer is clear: no such right truly exists in either Canada or the U.K. or in any other country.

Rather than increase governmental spending and control, what we need to do is address the root causes of disease and poor health. This begins with the realization that every American adult is responsible for their own health. Unfortunately many of our health care problems are self-inflicted with over 2/3 of Americans now overweight and 1/3 obese. Most of the diseases which are both killing us and making health care so expensive-heart disease, cancer, stroke, diabetes, and obesity, which account for about 70% of all health care spending, are mostly preventable through proper diet, exercise, not smoking, minimal or no alcohol consumption, and other healthy lifestyle choices. 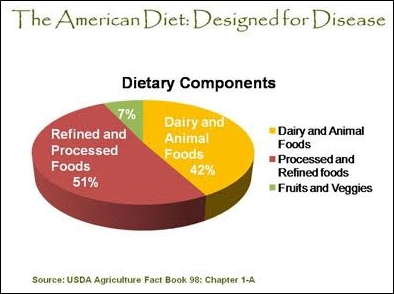 Over the past two decades, breakthrough scientific research by Colin Campbell, as documented in his book The China Study, and clinical medical experiences by many doctors including Dean Ornish, Caldwell Esselstyn, John McDougall, Joel Fuhrman, and Neal Barnard have shown that a diet consisting of whole foods which are plant-based, nutrient dense, and low-fat will help prevent and often reverse most of the degenerative diseases that are killing us, and becoming more and more expensive to treat through drugs and surgery. We should be able to live healthy and largely disease free lives until we are well into our 90's and even past 100 years of age.

Health care reform in America is very important. Whatever reforms are enacted it is essential that they be financially responsible and that we have the freedom to choose our own doctors and the health care services that best suit our own unique set of lifestyle choices. We are responsible for our own lives and our own health. We should take that responsibility very seriously and use our freedom to make wise lifestyle choices that will protect our health. Doing so will enrich our personal lives and will help create a vibrant and sustainable American society.
Email ThisBlogThis!Share to TwitterShare to FacebookShare to Pinterest
Labels: Healthcare, Politics