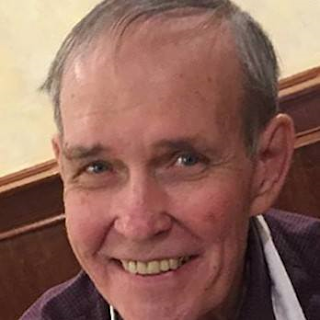 It was back in the early days of this blog: thirteen years ago, days so far back in the mists of time that I never visit them anymore. It wasn't quite back when dragons roamed the world, but it might as well have been, to judge by how long ago it feels. In those days, the blog was called "Our Word and Welcome to It," and the word usually had to do with Catholicism and its place in the world. We had a lively readership in those days, probably a larger one than we have now, part of the reason being that the Catholic blogosphere was a contentious place to be. Once you were able to get your own little hook in place, find a patch of controversy you could call your own, you were guaranteed a readership that would turn up to hear the latest news in whatever chapter of whatever war it was that you were covering. We had our share of those, back then, until it become obvious to me that these flame wars were a waste not only of time but of good writing - as well as a definite threat to one's sanity and spiritual well-being.

It was then that I first met Ray Marshall. I don't quite remember how I actually met him, whether he'd commented on one of my articles, or he'd contacted me by email.In any event, we struck up an acquaintanceship, and soon he had his own website as well, Stella Borealis Catholic Roundtable, in which he tried to keep people in the Twin Cities up-to-date on things going on in the Archdiocese, whether events or things happening behind the scenes. It wasn't like some of those other blogs I mentioned; he didn't generally pick fights with other bloggers, although he wouldn't back down if the integrity of the faith was in question. He tried to keep things from getting personal, and for the most part he succeeded, because it was really difficult to imagine anyone not liking Ray. There was an honesty and integrity about him, and although I don't pretend that I knew him as well as most people who called him a friend, I can't think that they would have seen him much differently.

Occasionally, when I was battling with a deadline working on one of my book projects (especially the ones that have yet to see the light of day), he would pitch in and write a guest blog or two, and in the days before Blogger allowed you to post-date an article, I gave him access to the site so he could post some of my pieces when I was out of town and unable to do them myself. In turn, I was one of the few people who was able to post to Stella Borealis, which I considered a privilege. When we would have one of our local blog get-togethers, it was Ray who would up taking the responsibility to get people together, because he was a persuasive kind of guy.

Over the years, this blog evolved. I'd joked to Ray once, after a particularly frustrating time, that I was going to change it to an all-opera format. He laughed, and then was startled when the next two articles were, indeed, about opera. While I didn't wind up going in that direction, I formed what began as a companion site, dedicated to classic television, which became more successful and more fulfilling than I ever could have hoped. This blog veered away from religion into a far more diverse subject matter; while we never entirely abandoned Catholicism (witness my recurring commentary on the pope), we also discussed politics, literature, sports, and just about anything else anyone wanted to write about. We changed the name of the blog, partly because I was tired of the old name. And as I drifted out of the Catholic blogosphere, and then moved out of the state, I didn't come in contact with Ray that often, although we remained Facebook friends, and I kind of remained in contact with him through mutual friends. When we moved back to Minnesota earlier this year, he was one of the people we'd hoped to see again.

Late Friday night, I got an IM from our friend Janice that Ray had died. What? Now, his health had always teetered back and forth; still, it was a shock. She'd been closer to him than we had, so it was especially rough on her, which made it doubly shocking on us. In the thirteen years that this blog has existed, under its multiple names and with its revolving casts of writers, I suppose I've been fortunate that I haven't had to write something like this until now. No editor ever likes to do so, particularly when it's a friend about whom he writes.

It is very much a cliché that words are meaningless at times like these, which is only partially true, because words of supplication - prayers - are of great meaning, and I'll get to them in a minute. But it should be known that Ray Marshall was a good soldier, a man who tried to do the right thing as he saw it. When he started his blog it was to inform people with what he thought was important for them to know, even though he'd never done anything like it before. He sang in a local Catholic schola because he enjoyed it, and he felt it important to enrich the beauty of worship, even though when he started he'd had no experience. In other words, he didn't just sit back and wait for someone else to do it. He lived his faith.

May the angels lead you into paradise; may the martyrs receive you at your arrival and lead you to the holy city Jerusalem. May choirs of angels receive you and with Lazarus, once poor, may you have eternal rest.
Email ThisBlogThis!Share to TwitterShare to FacebookShare to Pinterest
Labels: Obituaries