Once again, another year is coming and going, and I found a gaggle of quotes of the year that should be shared. Have fun, everyone. Happy New Year! Here is part one of the 2009 Notable Quotables. 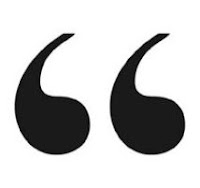 "We voted him to represent us and to speak for us, but sadly, leadership has turned him into a meaningless figure of the calibre of the Detroit Lions or a WWE jobber." – to the local newspaper, on Rep. Joe Wilson, my Congressman. The Rules of the House demoted him, leading to the "You Lie!" comment.

"Would they play this in a New Year celebration in Wien?" -- on the South Carolina Philharmonic's choice of music during the Viennese New Year concert January 10. The Philharmonic is not doing it again. The disco medley was the piece that irked me, especially with (Hillary's) Village People and their signature song. Caroline Lewis-Jones, the dancer I mentioned later in the year with her knee injury, attended.

"Why do artists think having everything pre-recorded is a good thing and proper? I am tired of the faking. I have seen it at church too many times and had to quit the choir when they went exclusively to karaoke pop. It demeans those who play music as an avocation, and even those who play for a living in our churches."

“As for lay participation in church music, we need people to be trained. I remember at church a friend was trained by Árpád Darázs. I have been trained by Serena Hill, who is classical. If you want to learn music in church, you need formal training, that's how I see it. The accounting analogy is smart because anyone who gives fraudulent reports on finances can drive down any industry.”

I often think to myself, "You do not bake a pumpkin pie for a karaoke machine!" when I object to such being used in church choirs and solos. I've added a new standard, no countrified playing either, since you have been put under the discipline map of the soprano and years of classical training.

“The idea that volume is best for church bands is outrageous. When you can hear the music clearly at 100 feet from the parking lot while on the street where it would violate short track muffler rules (many short tracks have a strict decibel limit rule), what gives? I remember while grocery shopping this week one kid had a shirt that said, 'If the music's too loud, you're too old'. Today's generation sadly believes loud rock music with no theology, and karaoke pop are worth it. Real sacred music that doesn't need any amplification is out.” -- referring to excessively loud church music."

"Feeling old? A Zaxby's commercial will make me feel old. Thinking of all the people who have been in the ads has me turning my biological clock back 20-30 years!" -- the restaurant chain in the Southeast has used Anthony (Spud) Webb, Dominique Wilkins, Mike Dikta, Kerri Strug, Bobby Allison, and Hershel Walker in commercials.

“You forgot to tell us how many people she tripped in that race.” – Someone gave me that derogatory reference at the 2009 Dasani Half-Marathon in Myrtle Beach when Zola Budd won the event. She raced my hometown 12k and won that too later in the year. I was third in age group at my hometown race.

"Someone turns 60 Wednesday . . . Whooooo!!!” – A reference to Ric Flair's birthday February 25. His entrance music requires me to stand, since I was trained in college to stand on Also Sprach Zarathustra, Op. 30 at all times. Every college football, basketball, or baseball home game starts with this theme.

“I thought it was a peas in Kathleen Battle's pasta incident.“ – At a dance class (to have some fitness naturally), I was thrown out of a routine and was not too happy with being shut out, so I compared it to naturally something that as a singer I understand.

"What will these kids learn when they grow up? Will this 'image' of church as a nightclub be the only thing they learn, so when they are adults, they will not attend church when it is all serious Bible study?" -- to a friend at church in discussing issues.

“Some of the songs in hymnals in certain denominations are bad enough I've pulled a Durán and said the two words that had him in trouble after Leonard took the pulp out of him in Nouvelle-Orléans 30 years ago when I see those songs.” -- on bad church music in the new hymnals.

“The comments Mitchell placed on What Child Is This is stuck to my head on this Easter evening as I write. I'd love to talk with the music director at church to learn this work, but sadly, the congregation has sold out to the GIA / OCP / EMI / UMG / WMG sap. Thanks for inspiring me!”

“And of course, there's nothing like Hallelujah from Händel, Hallelujah from the Mount of Olives by Beethoven, or even Crown Him with Many Crowns. Those fit the theme of this Resurrection Sunday!” -- at a friend's church on Easter.