by Bobby Chang
I warned friends Friday morning that the Opening Ceremony, which was set for 3:12 PM ET, would not be broadcast in the United States, and only a highlights show would air after the fact.

As it turned out, those words were prophetic. According to BBC reports that were posted as it happened, the Olympic Cauldron was lit around 0035 (7:35 PM ET). And it turns out Comcast (US rights holder, and owner of NBC) had blacked out a tribute to the victims of the 7 July 2007 terrorist attacks in London from the edited broadcast, which effectively made this a "highlights package" while making the East Coast wait until after bedtime to show the cauldron being lit, which took place at dinner time.

And the Socialist propaganda of the opening ceremony reminded me of what has sadly happened to the Olympic Movement -- those who oppose the Far Left's worldviews are censored (such as the Cobb Galleria Centre, set to be an Olympic venue until a certain sexual deviant activist came along and swooped them away, even covering the torch away from pro-family counties) in too many situations now. ◙
Email ThisBlogThis!Share to TwitterShare to FacebookShare to Pinterest
Labels: Olympics, Politics, Television

The Olympics, brought to you by the UN

by Mitchell Hadley
I haven't paid much attention to the Summer Olympics for years (and the Winter Olympics only pique my curiosity for hockey and curling), but there's a difference between indifference and contempt, and for me, the London Olympics are more or less morphing from the former to the later.  Remember 1972?  They'd just as soon you didn't, you know. 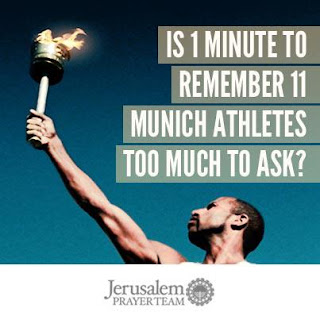 Considering how much the International Olympic Committee resembles the United Nations, should we really be surprised at such a spineless organization?  ◙
Email ThisBlogThis!Share to TwitterShare to FacebookShare to Pinterest
Labels: Olympics, Terrorism 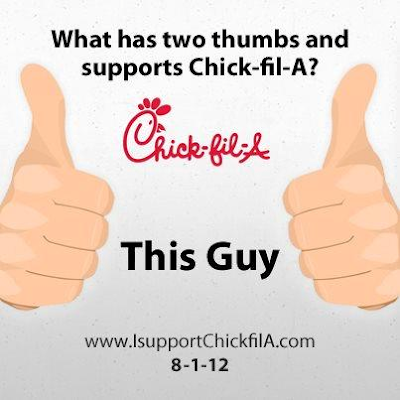 Opera Wednesday hasn't taken the summer off. It's Children's Music Camp. What does it mean to you? Over in the Captured Territories of Arizona, Opera Project has come and gone and with it the annual Opera Camp for ages 8-14 has ended with a tongue-twisting title of "The Tail of a Whale is a Wail of a Tale." Enjoy! ◙
Email ThisBlogThis!Share to TwitterShare to FacebookShare to Pinterest
Labels: Opera Wednesday/Thursday, Video

The Penn State aftermath: the policy that protected Sandusky is still there 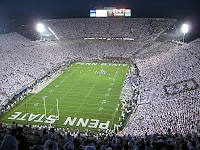 The Penn State scandal's roots began in the late 1980's, when Joe Paterno protected women's basketball coach Rene Portland and her “straight-edge” policy on the team – "no drugs, no alcohol, no sexually deviant behaviour allowed," resulting in complaints by sexual deviants about her program. Around the time, a generation after Stonewall was being infiltrated by the agenda of sexual deviants, and one book boasted of how the sexual deviancy activists would win this country away from the "hate groups" of Christians.

In response, sexual deviant activists, both students and faculty, protested, and successfully the Faculty Senate at the university passed a series of policies where "sexual orientation" was added to the nondiscrimination clause at the school. As we've learned about sexual deviancy activists, legalising pedophilia is part of their cause, and protecting evil adults at the expense of children is their agenda. When college professors such as Ed Madden (a sexual deviant in my time at South Carolina) consistently push for such pro-sex offender policies, they disregard the price that generations will pay for future scandals that will erupt from such protection. Sexual deviancy special rights activists care about normalising pedophilia and other wicked sexual deviant behaviour at the expense of children.

The pedophiles took charge of Penn State after punishing Joe Paterno for protecting Rene Portland. And once that policy took place, Jerry Sandusky was scot-free because he had official school policy protecting him. When Mr. Paterno or others attempted to report the charges, they were stonewalled by the policy that protected Mr. Sandusky. Could anyone go after a child molester if official policy protected the molester?
The blood of this scandal is clearly on the hands of the Faculty Senate and the sexual deviancy activists that bullied the school into adding the policies that protected the molester. These policies are everywhere in many schools, governments, and corporations.

When a “pride” festival comes in with parades, celebrities, and other exhibits in an attempt to push their agenda down people's thoughts through textbooks. Under this Administration, a federal speech code has made speaking out against sexual deviancy a federal hate crime (Shepard-Byrd), and now there are some in Congress what want the same policy that created this scandal in protecting sexual deviants in policy to become federal law (“ENDA”). Furthermore, the the change of the military from a fighting force to defend this country from evil into a sexual deviancy indoctrination force was made complete by Public Law 111-321, where speaking for God's Word is a crime, and "soldiers" are now participating in full uniform in these sexual deviancy parades. Proud of what? Now the mayor of Boston is even vowing to ban the Cathy family's quick-service chicken sandwich restaurants from the area, which even offends the local CBS affiliate because they advertise heavily on national advertising during SEC on CBS broadcasts weekly, because of their pro-Bible stance.

The $60 million fine is necessary, but the unprecedented postseason ban for four years (which would affect this crop of freshmen just signed by the new administration, whom, if they are successful, will become this generation's 1980 United States Olympic Team) without fixing the problem that caused this mess is senseless. The sexual deviancy activists are working hard to ensure the policy that created this scandal (“sexual orientation” protection) stays – its removal is mandatory for the healing from the scandal to begin, and is crucial in preventing further similar scandals, since legal protections of pedophiles via official policy would be eliminated. And the beasts of ENDA and special rights activists will fight to the end to ensure pedophilia is a federally protected class, while Christians are punished.

Why is nobody looking at the policy that created this mess in the first place?

Andrew Dionne has this on the course list at Penn State, and how it helped the corrupt culture. ◙
Email ThisBlogThis!Share to TwitterShare to FacebookShare to Pinterest
Labels: Culture, Penn State 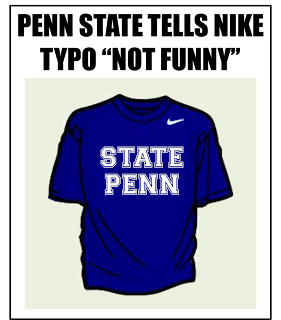 Wait a minute, this is Classic Sports Thursday isn't it? We're not here to talk "dating" "reality" (or as Steve Beverly of Union University near Memphis calls them, game operas). But . . .

If rumour has it, Emily Maynard (mother of a seven-year old daughter, Josephine Riddick, was born months after the father died in a plane crash) may have found a son of The Hot One. And she visited the family in Scottsdale, where The Hot One lives, to see if The Hot One, his wife, and siblings approve of her romance with the son of The Hot One.

Now what is with the reference of The Hot One?

Let's go back to 1990, and a record that still stands, to see that one of Emily's attractions is a father who is "The Hot One":

by Bobby Chang
Formula One's Marussia had a freak incident where the team (once known as Virgin before its sale to Russian interests) had one of its test drivers have a serious crash with a support vehicle during a straight-line test. Injuries are critical from what I've heard and the top of the car and helmet were involved in the contact. ◙
Email ThisBlogThis!Share to TwitterShare to FacebookShare to Pinterest
Labels: F1, Sports

Who are "The Hollow Men"?

by Paul Drew
Last week Mitchell posted the famous final section of T.S. Eliot's magnificent, disturbing poem "The Hollow Men."  But I'm here to do him one better: here is Eliot himself reading his poem.

And just who are the hollow men?  Certainly the phrases may have meant something specific in Eliot's time, but as is the case in all truly great works, the meanings are timeless. But they are there, the hollow men, and they do exist; it is true as sure as is the truth of the poem's final four lines.  I will leave you to your own interpretation of who they are, and where.  ◙
Email ThisBlogThis!Share to TwitterShare to FacebookShare to Pinterest
Labels: Poetry

Wish I'd Written That

by Mitchell Hadley
Let me add two cents — not so much mine as those of a wise judge I know. “Incompetent,” he said. Roberts’s ruling was incompetent. “Silly, absurd, not worthy of respect. Ruth Bader Ginsburg was far more reasonable in her argument.” (Yikes!) “If a district-court judge pulled a stunt like the one Roberts pulled, he would be reversed by the next court in about two seconds.”

In the deepest cut of all, the judge said, “Roberts failed to do his duty — his constitutional duty. He’s not supposed to be looking at the political situation. He’s not supposed to think about his ‘legacy.’ He’s supposed to uphold the Constitution, plain and simple. The majority decision will come to be embarrassing. The dissent will stand as something true and admirable.”

I said, “So, do you think Bush 43 may have inadvertently saddled us with another Warren Burger?” “No!” said the judge. “Burger would never have written something so stupid” as the Roberts ruling. “He was not incompetent.”