As the Formula One season ends Sunday in Interlagos, NBC announced the lead voice for most F1 races will be INDYCAR play-by-play man Leigh Diffey from Brisbane, Queensland (Australia). For those who haven't heard the 41-year old Charlotte-based commentator, here are some wild clips of him to familiarise yourself with his call.

Most play-by-play men take to the helm of bigger events when they are older. In this case, Diffey was 26 when the Great Australian Touring Car Split occurred in 1997 (television was the dispute between the Seven and Ten networks; Seven had Bathurst's legendary 1,000km event, but refused to let the race be on Ten, which had the Australian Touring Car (V8 Supercars) contract, relegating the 1,000 in its October date to the European 2000cc Super Touring format and the V8's had to find another date. (Murray Walker ironically was on Seven's broadcast team for the Super Touring 1000) Ironically, this is similar to what has happened with V8 today in Melbourne. Currently, Seven has the rights to V8 Supercars (contract ends at the end of 2012) and Ten has Formula One rights. In order for Australia's favourite 5000cc formula to race in Melbourne after V8 went from Ten to Seven in 2007, it changed from championship to an exhibition race, non-championship event. (Why Abu Dhabi's V8 round can be a championship race I don't know but Ten picks up a British television broadcast of the race for all but their own race so they don't worry; V8 will race in Austin for May.)

For Ten's five-litre formula call, Diffey had the call with the late British motorcycling legend Barry Sheene (whose name now is laid on a crucial turn in the forest at Brands Hatch): 1997: Craig Lowndes, who would become a legend of the Mountain, hits the wall:


That led to this hilarious interview between the two parties, six years later, with Ambrose in Kansas City and Murphy in Bathurst. Another Charlotte-based commentator, Mike Joy, who is on the Mountain for the 2011 Great Race, presides over this verbal fight. If Mike had his way, he would have had a spotter in The Cutting report it before the pictures showed him the result.


2011: Diffey's career started in public address systems for motorcycling and he calls what has become sadly a type of motorcycling event that has faded from the international scene, the 200-mile, 320km format that once was prominent in races such as Imola. Daytona's Sportbike race now has the classic distance:


It still is not known what will happen for the five to seven races that Diffey will be unavailable because of INDYCAR commitments. ◙
Email ThisBlogThis!Share to TwitterShare to FacebookShare to Pinterest
Labels: Auto Racing, F1, Sports, Television

The consumerist society is out of control; we want Thanksgiving back!

by Bobby Chang
Our consumerist society is clearly out of control.

The five red lights for the traditional day after Thanksgiving sales (Pilgrims' Day as Canadians might call it considering what we call Thanksgiving in Canada, which is in October) are turning on very early and extinguishing at an even earlier time than normal.

Whereas I can remember the red lights turning on at 5:59 for the traditional 6 AM lights extinguishing, we have seen the lights at 4:59 AM, and now have crept to Thanksgiving, with 11:59 PM lights, and some merchants have switched to 7:59 PM lights – and the NFL is likely unhappy with such mass consumerism. Whatever happened to running a Turkey Trot, having a nice family dinner and the three NFL games (Noon, 4 PM, and 8 PM) and then resting, and if you are a merchant, preparing for another day (remember Wall Street does sound the 9:30 AM bell) and my fitness partner and I have often done, tough Black Friday workouts, that I cannot imagine the stores full of people before Faith Hill hates herself for loving you at 8 PM ET.

No wonder merchants and families are wanting their day back. Those of us up at the crack of dawn and running for charity have more virtue than those eating too much, let alone piling stores at 5 PM, awaiting the 7:59 PM lights turning on, similar to the crowds at concert venues for the pop star's next concert at a venue that sells out quickly (which is why one country star went from the 18,000 seat arena to a 80,000 seat stadium for local concerts), where people can be attacked and even killed in the stampedes worse than 15 bovines, led by Asteroid, tossing 15 cowboys, led by Silvano Alves, in less than five seconds each. The five red lights should not be turning on Thanksgiving, let alone 7:59 PM, 9:59 PM, or 11:59 PM, or even Friday before sunrise! No wonder I'm planning to do a hard workout on Black Friday morning and doing some merchant tools instead of a trip to the mall. ◙
Email ThisBlogThis!Share to TwitterShare to FacebookShare to Pinterest
Labels: Society, Thanksgiving 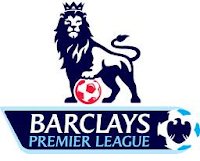