When you look back at it, I don't suppose anyone should be surprised at how the Oscars ended on Sunday. After all, the Hollywood left has spent the last three months trying to pretend that the presidential election results didn't really happen, and that if they just opened up a different envelope everything would be different. So who can blame them for what happened? They were just acting out of habit...
Email ThisBlogThis!Share to TwitterShare to FacebookShare to Pinterest
No comments
Labels: Humor, Oscars, Politics

They call that a "worship experience"?

Seen inside a church bulletin:

"The worship experience will be led by (various rock bands and singers' names have been removed)."

I cannot see any "worship experience" from people who stand up to loud rock music for three hours. Compare that to singing sacred music of a didactic nature, primarily from an organ or piano. 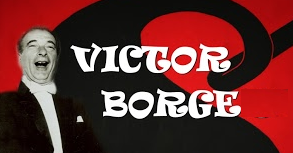 Victor Borge, the Great Dane, offers us a little opera comedy - and, let's be honest, who among us couldn't use a little laughter nowadays? The brave Marilyn Mulvey accompanies him. 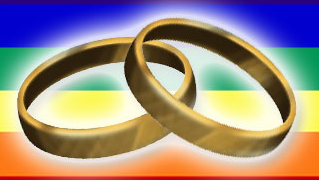 Bruce Frohnen has some thoughts on Steve Jobs, and they're not pretty.*  Example:


To put it bluntly (as is my wont) what I have read about him leads me to see him as a mean-spirited narcissist who translated a certain aesthetic sensitivity and capacity for bullying and hucksterism into a colossal waste of money and collective time, further separating Americans from one another in pursuit of a false control over their environment. As bad, his personality and corporate ethos furthered highly damaging political and economic structures of a kind best described as libertarian socialism, in which corporations and rich individuals behave without conscience, expecting the social programs they vote for but seek to escape funding to pick up the pieces from their own “creative” destruction. I also see him as in many ways a sad character, emotionally and spiritually stunted in part because of the failings of the infantilizing environment in which he grew up.

Frohnen looks at Jobs through the lens of what it means to grow up as a spoiled child in the culture of the '60s and '70s, with virtually no restrictions on his behavior.  "Jobs was, frankly, coddled. His father sacrificed his career, moved, rearranged his workspace, and berated Jobs’ teachers, all to see to it that his precious genius would be given the best experiences and life chances possible."  The parents allowed him to quit going to church (not surprising, since "too many parents were mostly going through the motions" themselves), indulged him, sacrificed to give him whatever he wanted.  It was, in other words, all-too typical of the lifestyle one finds in California, "a place people moved to get more money and better weather, and where being the first one on the block to recycle, or get a fancy car, was more important than staying married and taking care of your kids, let alone showing common decency."  More:


Eventually, Jobs moved out of his hovel with the drug den in the attic, travelling to the commune (probably still there—did I mention Reed is in Portland?), to his parents’ house, and to India. He got a girl pregnant along the way, denied paternity, encouraged her to get an abortion (she didn’t), then walked away, still denying paternity for some years after. In other words, he engaged in all the usual “hi-jinks” and “mind expanding experiences” one associates with the adolescent mindset of the counterculture.

I've never been a Steve Jobs fan; visionary though he may have been in certain areas, I always thought it came at too high a price, and was of dubious merit.  I admit, I've got an iPhone and an iPod, and my next laptop is probably a Mac.  Nevertheless, as I've said before, the ends seldom ever justify the means.  So it's no surprise that I'd read Frohnen's words with relish.  But to simply revel in insulting Jobs because I didn't like him is pretty hollow unless it can be put in context - I prefer, whenever possible, to have a good reason for not liking someone - and this Frohnen does.

Because in the end, miserable person though Jobs may have been, one can't help but feel a certain sympathy for him, because he was so obviously a product of his time: let down by his parents, indulged by society, free to come up with brilliant ideas (many of which have had devastating consequences), but free also to live a lifestyle that demeans his humanity.  Whether looking at free sex, drugs run rampant, the fruits of Vatican II, or so many of the things that have come out of the era, it's clear that what we are left with is the wages of sin.  And, as Frohnen concludes, "Thanks in no small part to Steve Jobs, his fan clubs, and his like-minded competitors this is, potentially, our future. And we should be very, very afraid."


Originally published May 26, 2014
Email ThisBlogThis!Share to TwitterShare to FacebookShare to Pinterest
No comments
Labels: Corporate America, Culture, Steve Jobs, Wish I'd Written That 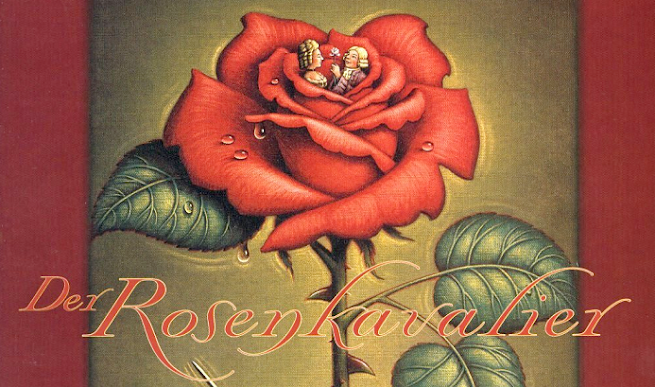 One of the loveliest moments in opera: the unforgettable, bittersweet trio that concludes Richard Strauss' magnificent Der Rosenkavalier. This clip from 1982 features Dame Kiri Te Kanawa, Judith Blegen, and Tatiana Troyanos. The conductor is James Levine, with the Metropolitan Opera orchestra.