by Our Word
Guest Column by Cathy of Alex

The Minnesota Governor’s race has formally kicked off. The Primary Election is over. However, even before the Primaries it’s been a pretty interesting race. It seems that the only people who were not running for Governor were me and Mitchell. 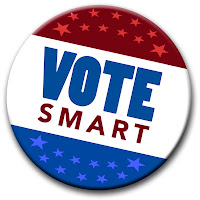 Just before the Primary Election, Target Corp donated to the PAC that supports one of the Republican candidates for Governor , Tom Emmer. No big deal, right? Corporations donate money to political candidates and causes and charities every day, right? Well, someone thought it was a big deal because Emmer does not support gay marriage and Target has a strong corporate reputation for “diversity and inclusion”. Target offers benefits to domestic partners and donates money to gay favorable organizations.

Some organizations like MoveOn.org (not exactly a bulwark of conservativism in case you were wondering) called for a boycott of Target because of the donation-apparently, they forgot all the solid leftie causes that Target also gives money to.

I don’t detect heavy sales losses at SuperTarget; when I shopped there yesterday the crowds were as they always are.

It works both ways, right? Focus on Family calls for boycotts regularly. Remember the campaign against Miller a few years ago? There have been calls for boycotts against Pepsi, Disney and other organizations by conservatives. Unions regularly call for boycotts of anti-union companies; tire companies are a longstanding union target. Arizona gets a lot of bad press these days too.

We should all be outraged when freedom of speech is applied more liberally (no pun intended) to some causes more than others. What, exactly, did Target do wrong? Didn’t they exercise their right to donate their money as they choose? Are they obligated to vet their donations to popular vote beforehand? Should they check with their employees to see what the employees want them to spend the money on?

Target has corporate practices supporting “diversity and inclusion.” In my experience, that phrase usually means support liberal and left wing causes, and support GLBTQ employee by openly accepting their lifestyle: read, don't go public in the office with your disagreement of unmarried people living together (whether same sex or not).

A co-worker was upset that Target did what they did because they basically “slapped their own employees” Really? What and how do employees who think traditional expressions of the nuclear family are best for the culture and for child rearing feel? How do they feel in environments that praise “anything goes”?


What do we or what can we as Christian employees do? Refuse to work at “diversity and inclusion” companies? What do you do if the company you worked at for 20 years suddenly sponsors your local Pride Parade- quit in protest? I know I raised a lot of questions in this post that I have no answer for.
Some may say that Target really goofed up. But, I will say that Tom Emmer’s campaign got a lot of publicity from it; maybe not all bad. Traditional marriage and family advocates now know who to vote for in November and Emmer is no fool; his ads are working it.
For the record, Tom Emmer won the Republican Primary. His DFL (which my Grandpa always said stands for D----d F-----g Liberals) the Minnesota version of the Democratic party, opponent will be Mark Dayton, a candidate with a personally deep pocketbook, a long record of liberality and a generally uninspiring demeanor. You can count on the central Twin Cities and Duluth voting DFL, but I think Emmer has a real shot at winning outstate MN and the suburbs and exurbs of the Metro. President Obama’s less than stellar approval ratings may hurt Dayton; also the economy and the waning Minnesotan approval of raising taxes as the answer to all fiscal woes and the DFL’s historic approval of that accounting method may hurt Dayton. Minnesota is notorious as a tax and spend state. Can’t balance the budget? Raise taxes. The population is so sick of higher taxes (how can you pay more taxes when you are barely employed or unemployed?) that the DFL has finally woke up and even Chris Coleman, DFL Mayor of St. Paul, FINALLY says no new taxes in 2011 (wonder what he’s going to do with the old taxes?). Call me skeptical.