Of Requiem, hatred of industry, and corruption in Washington 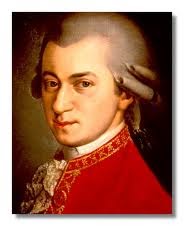 Packing It In! We packed the house literally during the first (Sunday) performance of Mozart's Requiem, and for the first time in my singing career I saw a full house (and more, as it was standing room only) for a concert. Big thanks to Susan Kelly, student conductor, Sarah Rich (soprano), Beth Mears (alto), David (tenor) and Lillian (conductor) Quackenbush, David Stephenson (bass), and Frances Webb (Steinway). Big thank-you to the team here guys. Enjoyed it and cannot wait to sing again!

Sarah, beautiful voice and be praying for you – there's a baby on the way for Sarah and her husband, as I had the opportunity to visit with him during dress rehearsals.

Can You Watch What You Wear? Some singers seemingly forgot how to dress for concert. Our bulletin stated “concert dress” for women and men have to wear a white dress shirt, black slacks, and a tie (it's over 90 degrees outside in South Carolina, but I wore my jacket during pre-concert warmup). Two types of female choral dress violations were detected during the concert – sleeveless blouse was one, and the other was the little black dress and no stockings, but most of the women knew the right hem length (¾th or longer; many of the younger singers chose to wear black slacks, a popular trend in orchestra women, since black stockings are typically not required when the trouser option is chosen). Some men chose short-sleeve dress shirts (something I wasn't taught was permitted), and the big no-no was one singer did not wear a tie. What has happened to proper dress anymore anywhere? Most know the rule, but a this is a societal problem today.

The Downgrade and The Crash. Does it sound suspicious the debt limit issue and the downgrade of the debt of the leadership of the country refuse to see the problem lies within the eighty-year downgrade that President Roosevelt ran us through with John Maynard Keynes' philosophy, which is the problem we have had for the years? The excessive sellout to Keynesian economics, which is built on massive government spending, is the root cause of the problem with our economic system.

And a Hatred of Industry. So Obama has now imposed a 54 MPG standard for cars, effectively striking the auto industry to the same tiny cars in Europe, and electric cars, and he is now imposing new energy standards on trucks, buses, and industrial vehicles, which makes it clear he reminds me of the Taliban in that he hates industry and would love us to return to the Stone Age. Is this the country we want where industry is banned while we worship Gaia? We may see electric vehicles for industrial duty do the same things our current petrol and diesel cars use because of an arrogant anti-industry leadership. ◙
Email ThisBlogThis!Share to TwitterShare to FacebookShare to Pinterest
Labels: Classical Music, Economics, Politics