Cost of education increases similar to sports: bidding war on professors similar to ones on athletes

by Bobby Chang
A very common complaint about professional (and to an extent, collegiate too) sports has been the high cost of tickets in order to pay for the extensive salaries of professional athletes, as the two highest salaried stars in sports are Spanish F1 driver Fernando Alonso Diaz of Scuderia Ferrari ******** (Because of censorship laws, the team's full name must be censored) at a $40 million salary, and Cameroon footballer Samuel Eto'o of ФК "Анжи" Махачкала (СОГАЗ Russian Football Championship), who is paid $29 million a year – greater than any MLB or NFL star. The bidding wars on star players has sent ticket prices soaring in sports.

But with complaints about college tuition roaring into massive debt, the nationalisation of student loans passed in ObamaCare, and here in South Carolina, the cost of education soaring after the state government was massively expanded with the mockery called the “state lottery,” there's one issue I haven't heard in the discussion of education costs that is similar to sports, and that is the bidding war on professors. 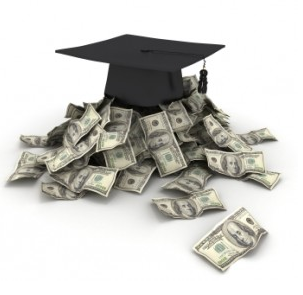 As schools begin adding further research arms to their institutions, they are needing professors to lead these research divisions. To do so, they often engage in bidding wars with each other in order to hire the best talent, similar to sports. In once case over a decade ago, a professor's pay went from $90,000 to over $200,000 after a bidding war for him. Another case featured Ivy League rivals in a bidding war on a professor. When the bidding wars are as heated in the academic field as they are on an athletic field, the result will be the same. And with the “we must try the latest and greatest experiment” mentality in academics, the new buildings carry the most expensive experimental equipment. All of these are increasing the cost of schools on the level of sports. Has anyone noticed the similarities of academic bidding wars to athletic bidding wars? A generation of protesting students do not seem to understand that, but it's clearly evident with a bidding war, trying to entice professors, building new buildings, housing allowances, extra academic freedom for the professor, and the lure of such, the same things we see in professional sports are there in academic prices. ◙
Email ThisBlogThis!Share to TwitterShare to FacebookShare to Pinterest
Labels: Acedemics, Sports