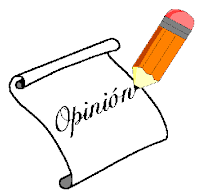 Religious Persecution.  Here we go again. Another round of liberal legislators ramming down “redefinition of marriage” laws to eliminate “man and woman” and “husband and wife,” and replacing them with “Spouse A” and “Spouse B”. A group of religious leaders noted marriage counselors cannot be accredited without recognising these false “relationships,” and special benefits for properly married employees must also be given to sexual deviants. Furthermore, there have been cases where people were fired for violations of moral character when an employer fired an employee for having an illegal marriage that, in South Carolina, violate Sections 20-1-10, 20-1-15 of state law and Article XVII, Section 15 of the state constitution. Churches cannot block their venues from sexual deviant activists who want to hold their ceremonies, and churches cannot sponsor adoption agencies because of their Biblical teachings violate the humanism as the state religion standard.  Various ministers speak out here.  Here are comments from the Archdiocese of New York.

So let me see here. We have schools promoting holidays for Harvey Milk, César Chávez, Vladimir I. Lenin, and other figures of the Left (if you don't be careful, we'll see a birthday celebration for this esteemed Thug in Chief before long), but guess whose birthday is not even observed in schools this weekend, as should be the case? That's right, George Washington, the father of the country. Have we fallen to this low of a standard?

Dress Properly! Controversy at CPAC erupted over a Hotair video when a reporter (Tina Korbe) was found wearing a skirt extremely short that she was shown pulling it down during an interview. When being at an event, please dress professionally!