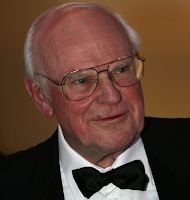 Most of our readers have probably never heard of Sid Watkins, but within Formula 1 circles he’s a legend, even though he never won a race, or even sat behind the wheel of an F1 car.

Instead, he saved lives.

The Prof, as he was known, was a gifted neurosurgeon, and F1’s chief medical man for many years. Two from the F1 world who knew him, James Allen and Joe Saward, offer tributes here. I would only add that, having read Life at the Limit: Triumph and Tragedy in Formula One and having seen and heard him in last year’s documentary Senna, I was deeply impressed with the man. He was thoughtful, intelligent, compelling, dedicated not only to the sport and its safety, but in a unique way to the men who put their lives on the line in their racing cars.

He was a close friend of the great Ayrton Senna, and noted the former champion’s unease at Imola in 1994, a weekend that had already seen his fellow driver Roland Ratzenberger killed and his protégé Rubens Barrichello severely injured. Why don’t we just chuck it all, Watkins suggested. Walk away from the track, leave it all behind, go fishing? But Senna could not do it, and the following day it was Senna who would lie dying on the track after a crash, with Watkins bent over him, unable to stop the inevitable. Later, Watkins would write that although he was not a religious man, he felt "[Senna’s] spirit depart at that moment" of his death. It was a measure both of the profound weight of Senna’s Catholic faith and the – what, empathy? intuition? something more?

Though he was not a believer, I like to think that at that moment Sid Watkins sensed the truth. He was a man of great skill and accomplishments, who as both a doctor and a man did great works of mercy. That, I believe, must count for something. And so I think we can be emboldened to think that, at the final moment, his good friend Senna might have intervened for him, encouraged him to say Yes, help him across the threshhold. For those of us who admired him, it's a pleasant hope. ◙
Email ThisBlogThis!Share to TwitterShare to FacebookShare to Pinterest
Labels: F1, Obituaries