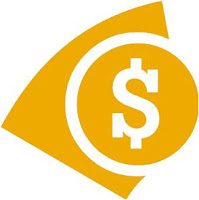 Last week, we saw the jackpot for one of the two multiple-state lottery games reach a value of five hundred million dollars in an annuitised jackpot.

It makes me shake my head to consider the number of people piling into groceries, convenience stores, and other wild places (some in dangerous parts of towns) to spend a Thomas Jefferson paper currency (or more) to purchase “chances” at winning this jackpot (for which the odds are slim to none). Why would people trust their entire fortune on the luck of one draw at 2259 hours (GMT-5) to see if they have five numbers and the special red number to clinch that pot of which the person is not expected to even win. Meanwhile, the President and his group are interested in telling people to cease participation in the market in favour of trusting the government, with new taxes aimed at the investors but not at those who participate in state-run numbers rackets.

Hard work is a virtue, but we have seen it replaced, especially with the results of the election earlier this month, with the idea government is a deity, and the entitlement generation has taught us government, not hard work, is the best virtue. Luck from the government is being encouraged, while we discourage hard work and investing with the masses piling to the numerous numbers racket locations, wanting their two dollars to spend on a worthless ticket.

So we no longer trust God, we no longer want hard work, we just want the government to pay us aplenty. That's the message from the lottery lines.

And oh, by the way: Sony's Glee is going “Gangnam Style” and they're singing it in Korean. I don't think the Greenville Light Opera Works would want that, considering both what I've read from Renée Fleming's The Inner Voice about opera before the 20th century, when supertitles did not exist, the operas were sung in the tongue of the region, not the original tongue of the opera, which is how our Upstate opera company sings their operettas in English translation. If the Upstate opera company can sing translations of great operas, why can't this raunchy pop culture show sing a Korean tune translated? Turns out many Korean tunes (K-pop) popular with the youth of Korea are translated from other languages from Swedish pop factories. If they tried to sing other K-pop ditties might they try to sing those in English? How many times have I seen a Greenville Light Opera Works singer sing the wonderful opera pieces that should be in Italian instead in English? That was then, and this light company does it the way it was. ◙
Email ThisBlogThis!Share to TwitterShare to FacebookShare to Pinterest
Labels: Money, Society