Jack of all trades 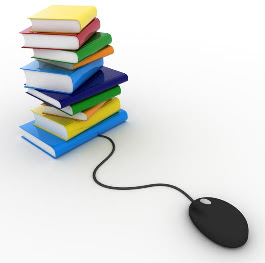 "For some reason that I don't fully understand, I decided around the time that I graduated from college that I didn't want to specialize in anything, thus ensuring that I wouldn't become an academic, much less a professional musician."


I can understand this on many levels.  Not that I ever desired to be a professional musician, or fancied that I could become an academic, but to me life can be so boring if you stick to one thing and one thing only.  That's one of the things that's challenged me not only as a writer, but for life in general*. It also, however, makes things a lot more interesting.

*I can't, for example, imagine loving your job so much that you make it the focal point of your life.  On the other hand, it may mean I've got undiagnosed ADHD.

My work as a writer - indeed, the very existence of this blog - reflects these divided interests.  Just what is Our Word all about?  Well, it started as a predominantly Catholic blog but, as I've alluded to in the past, so much of the Catholic blogosphere can be both venomous and ignorant that it's a wonder there's anyone left in it, other than those who like to peddle venom and ignorance.  A few years ago we did the "Our Word Enemies List," a link to which could be found on the sidebar for years.*  Had I chosen, I could have made an entire enemies list solely from Catholic blogs.  But what's the fun in that?

*It can still be tracked down through the search function.

Truth is, there are many things I'm interested in, and interested in writing about.  Religion still plays a part in that, but there's so much more - history, politics, sports, opera, literature.  On top of that, of course, I started a new blog totally devoted to television and culture; and while I spend most of my time there, there are still going to be things I want to write about that only fit in here. (My colleagues' interests are similarly varied, which makes the blog something of a smorgasbord - we are, after all, still a "Journal of Cultured Opinions.")  And then there are the long-form projects I want to pursue - fiction, cultural histories, more extensive writing on television.  Honestly, I can't imagine what the fun is in writing (or being interested in) only one thing, or a handful of things.  Because of those varied interests, my knowledge of any specific area might not be as deep as I'd like it to be*, and it may make me more reluctant to engage in discussions with those whose level of expertise exceeds mine.  But on the other hand, when I go into my library I'm seldom bored.


*You've heard of the saying, "Jack of all trades; master of none."

More importantly, however, I think that having various interests like this helps me achieve a perspective in a particular area that I might not otherwise have.  I would argue, for example, that my interest in television has greatly informed my perceptions of politics and sports, and vice versa.  Without this holistic approach, you really are only getting part of the story.  And if wanting to understand why something is the way it is causes me to spend time researching something else, all the better.  As my wife says, you can learn something new every day if you're not careful.

And that's the challenge to life: to keep the mind healthy and active.  The world is, to coin a phrase, a big and beautiful place, and it's a crime not to sample as much of it as you can.  ◙
Email ThisBlogThis!Share to TwitterShare to FacebookShare to Pinterest
Labels: Knowledge, Philosophical Musings