The sad state of television today 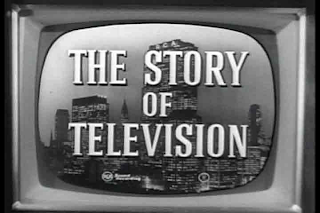 Movie theatres have a problem when the rating of a film is “R” or “NC-17” (an X rating before 1990) because they will appeal to adults only. Restrictions against children are strictly imposed in the theatre. However, it's clear now with the proliferation of cord-cutting and Web-only viewers they can escape the restrictions of theatres. Yet, with television's “TV-MA” rating, which is the equivalent of an NC-17 (or X) rating in television, we are seeing the rewards of the R/X-class programming on television.

Consider that HBO, Showtime, and Netflix can air TV-MA grade programming, and the Emmy nominations went mostly to that triumvirate, while the broadcast networks, which have a restriction of Y7, G, PG, and some 14 after 10 PM ET, were shut out of the prestigious drama category, you have to wonder what it says when pay television, with no restrictions on content, is defeating network television, which must cater to as many people as possible.

Does it seem that television's equivalent of the R and NC-17 ratings, unlike movies, is worth artistic gold, with Emmy nominations, while network television with their PG and PG-13 ratings, are being shut down by these R and NC-17 type shows? If the Emmys believe raunchy content that's not capable of being on network television is the golden goose to earn accolades, we are in trouble.

Speaking of which, the report on Al Jazeera America's launch this week is only fitting considering Al Jazeera effectively shut down three Fox sport-related channels (Speed, Fuel, Fox Soccer) as much of their content has gone to the pan-Arabic Qatar channel (and their partners at Time Warner Cable, for legal reasons), Comcast (see the rise of NBC Sports Network), and Fox is starting a basic cable channel with the R and NC-17 type HBO/Showtime/Netflix unrestricted raunch (FXX) to replace the football channel, while replacing the motorsport and action-sports and MMA channel with general sports channels (Fox Sports 1 and 2). Already, according to a report posted on ESPN, television providers are balking at FS1 and FS2 because of the carriage fees.  [Ed: Time Warner, DirecTV and Dish have yet to sign up with FS1, and here in Dallas we're seeing the Time Warner-CBS standoff.]

It is a sad sign of what we have become when acceptance of deviancy in violation of the Bible is glorified and mandated by federal law. Now it's even worse that Hollywood and the critics are forcing on us their attitudes of grotesque material that would not have been put on television years ago. ◙
Email ThisBlogThis!Share to TwitterShare to FacebookShare to Pinterest
Labels: Society, Television