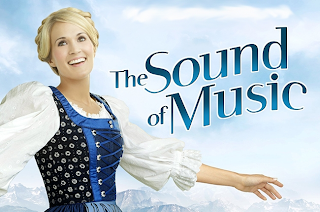 For a generation that hasn't seen a live musical theatre event, and do not understand the importance of NBC's annual (1951-63) performances of Menotti's Amahl and the Night Visitors, including myself, that we have discussed on the blog, the live staging of Rodgers and Hammerstein's big musical was a throwback to that era. I can understand the criticism of the lead role being former Pop Idol Carrie Underwood, but other than that, the larger issue is something I hope will return to television annually, and that is live theatre. Is this the modern-day Amahl? Might we have a return to live theatre on television the way it was, with live orchestras too?   ◙
Email ThisBlogThis!Share to TwitterShare to FacebookShare to Pinterest
Labels: Musical Theatre, Television