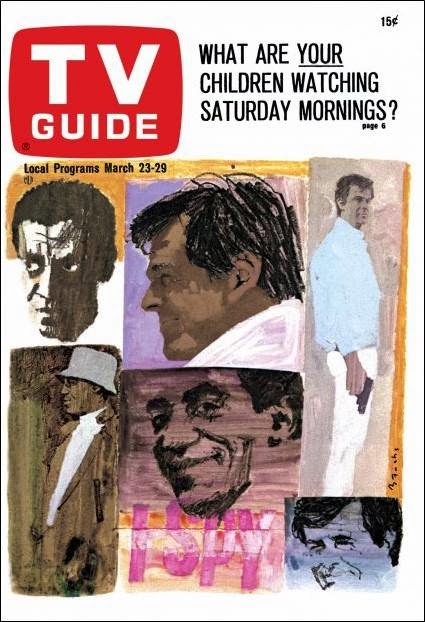 We are, in a sense, revisiting this week's issue, having used it once before in last year's discussion on the content of Saturday morning children's programming.*  And that was an interesting topic, but by no means does it exhaust the material at hand.

*I just love it when I link to myself.  Because, as they say, if you won't do it, nobody else will.

One of the great controversies of the 1950s surrounded Princess Margaret, Queen Elizabeth's sister, and her romance with the divorced Group Captain Peter Townsend.  A marriage between the two was vetoed by the Church of England, which at the time forbade divorce and remarriage (head of the church: Queen Elizabeth), and in 1960 she married the photographer Antony Armstrong-Jones, who upon marriage became Earl of Snowdon.  Tonight, CBS Reports presents "Don't Count the Candles," a photographic essay by Lord Snowdon on aging.  In addition to pictures depicting ordinary people dealing with various aspects of getting older, there are interviews with people at both ends of the aging spectrum, from Twiggy to Noel Coward to Field Marshal Montgomery.

For her part, Margaret turned out to be the black sheep of the royal family, having scandalous love affairs, saying outrageous things, and in general embarrassing the rest of the family at every opportunity.  My mother always thought Margaret did those things on purpose, and while I don't know whether or not there's any empirical data proving this, it doesn't require an advanced degree in psychology to suggest that Maggie was getting back at Liz for what happened with Townsend.  The only thing that could have made this story better was if the stymied Group Captain went on to become a rebellious rock musician, but such was not the case.

Eventually, Princess Margaret and Lord Snowdon divorce (a delightful line from the always-reliable Wikipedia notes that their marriage was "accompanied by drugs, alcohol, and bizarre behaviour by both parties such as Snowdon's leaving lists between the pages of books the princess read for her to find, of 'things I hate about you'"); Snowden goes on to marry (and divorce) the former wife of film director Michael Lindsay-Hogg, while Margaret never remarries, but carries on a, shall we say, colorful life.

As was the case with the Ingrid Bergman story last week, what we see here (albeit in a far more tangential way, since Margaret is mentioned nowhere in the listing*) is more evidence of how perspectives on marriage have changed over the years.  It was one thing for Margaret, not even the heir to the throne, to scandalize Church and Country by marrying a divorced man; it is, apparently, something else that the current heir is, in fact, married to a divorced woman with whom he apparently conducted an affair while married to his former wife.  Again, no judgement here, merely observation.

*But if you insist on a television link, the subject of Margaret's later relationship with Roddy Llewellyn was once brief fodder for an episode of We Interrupt This Week, a show I looked at a couple of days ago.