It's not what Sterling said, but what it says about us 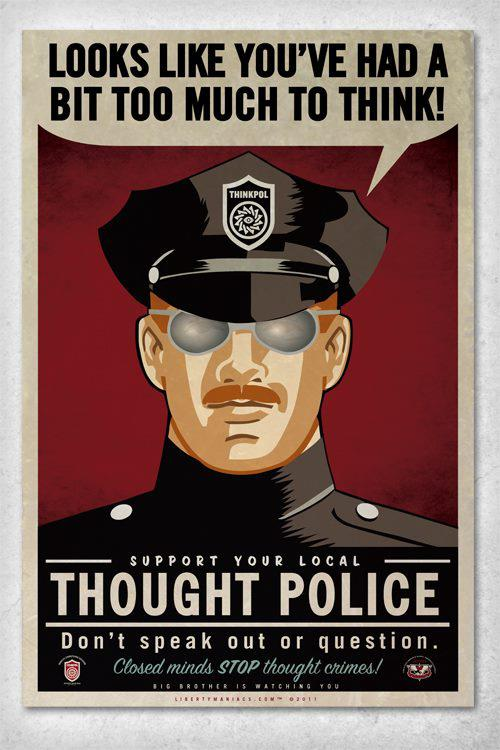 Let's start with this, from Bernard Goldberg yesterday.

But now that [L.A. Clippers owner Donald Sterling's] gone, I’m wondering who else among us has said things in the privacy of our homes that would get us in trouble if somebody recorded them and made our remarks public.

Rest assured, I’ve never ever said anything that might even vaguely be construed as politically incorrect.  But I’ll bet you have.

And I’ll bet a lot of players in the NBA have.

I’ll bet a lot of politicians have, too.

So what lesson should we take of the public flogging of Donald Sterling, as deserved as it was?

How about this:  If anyone – an accountant, a garbage man, an MSNBC host, a college professor, an attorney general, a president, a truck driver … anyone! … says something racist in the privacy of his or her home, and if it somehow becomes public information, that person should lose his or her job and his or her livelihood – because racist words cannot be tolerated in America, not in 2014.

Exactly.  I'm no friend of Sterling; he's been one of the worst owners in sports for a good long time, and the recent success of the Clippers seems more in spite of rather than because of him.

But just where do we draw the line?  Is everything that everyone says, public or private, now subject to review?  And by whom?  And why stop at the spoken word - after all, the First Amendment absolutists assure us that burning the flag is an act of free speech, so shouldn't other acts be liable for our distain as well? Goldberg goes on:


I am confused, however, about why there is no universal condemnation of athletes who father children in every city in the league.  Or of athletes who beat up their girlfriends.  Or of athletes who drive drunk and kill people.  I guess none of those things warrant the moral outrage that bigoted words uttered by a foolish old man in private warrant.

Let's suppose, for example, that I'm outraged by an owner who "had discriminated against Hispanics, blacks, and families without children in housing."  He said, among other things, that "black tenants smell and attract vermin.”  Mind you, he didn't stop with saying things; he acted on them as well.  Well, that owner would be none other than Donald Sterling - back in 2009.  Why suspend him now?  As Ben Shapiro notes in that article, "words speak louder than actions."

What about an owner who was recently spotted at a game wearing a "necklace medallion for the Five Percent Nation, which sees black men as gods and white people as devils."  And who freely uses the "N-word" for fun and profit?   Try Jay-Z, sports agent and former part-owner of the Brooklyn Nets.

And then there was at least one owner who publicly supported the right to abortion, including the grizzly partial-birth procedure, and even voted against requiring that a woman view an ultrasound before having an abortion?  That's former U.S. Senator Herb Kohl, who supported those issues while he was also owner of the Milwaukee Bucks.  I know abortion is a polarizing issue, but that stand sure as hell offended me.  It's one thing to talk down to your fellow man, to dehumanize him with insult and discrimination - but is it worse than killing him?

But why limit the discussion to sports?  If you're looking for people who know how to denigrate through their speech, we could cite virtually the entire on-air staff of MSNBC, some of whom have in fact lost their jobs over their comments, while others - cough-cough-Al Sharpton-cough - continue to thrive.  And I won't even get into that whole kerfuffle about Brendan Eich - I can only expect my blood pressure medication to do so much, after all.

The line between public and private, already blurred beyond recognition, is pretty much gone at this point.  In order to be really safe, to make sure that nothing you say can ever come back to haunt you, the best thing is probably to say nothing.  At all.  Ever.  Even in the bathroom.  Just keep your mouth shut.  As Rod Dreher points out when talking about the latest - whether or not the DeVos family, owners of the Orlando Magic, should be in trouble for funding ads in marriage referendum states - "Error has no rights."

I'll close this mild screed with a quote from Ben Stein, who after saying that "I hate, hate, hate racism," adds this:


But I also love individual liberty. I would much rather have a system where people are free to hate me because of my race as long as they don’t lynch me than one in which the government or the media tell me who I can and cannot hate. I loathe Donald Sterling for his comments and I do not want him near me. But I am terrified that a man can have such a level of media rage directed at him even though he violated no law. He expressed a hateful opinion and that’s a bad thing. But in a world where there are as many horrible things going on as in our world, the private conversations of one drunken old man would not seem to me to be worth this level of fury. Isn’t this “Thoughtcrime”? Does it scare you? It scares me. And I am really terrified that “anti-racism,” like “saving the earth” and “income inequality struggles,” will legitimate any level of anger. Isn’t there such thing as “the law”? Aren’t we supposed to be more worried about violence than private nutty conversations?


That's it.  What the Donald Sterling fiasco provides us is not a glimpse into him, but into ourselves, and an America that with every passing day seems to stand for nothing at all.  Donald Sterling has served his purpose - he's given us the opportunity for our Two Minutes Hate, and now we're ready to move on, feeling just great about ourselves.

Until we find the next person to hate, and a spare couple of minutes.  ◙
Email ThisBlogThis!Share to TwitterShare to FacebookShare to Pinterest
Labels: PC, Politics