Not setting a Sterling example 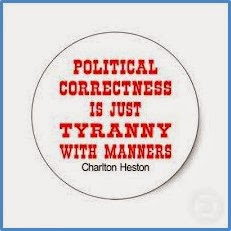 There's talk that our long national nightmare*, e.g. the Donald Sterling saga, may be near an end, with the team being sold.  Please God that it's true.  (Although if I'm a lawyer, I'm betting there are still plenty of bucks in it for me.)

Before we let go of this, though, I wanted to spotlight a pretty good column I read earlier this week which asks some more pointed questions about this whole affair, and what it says about the national mindset.  It comes from Los Angeles Times sportswriter Bill Dwyre, who suggests there are different ways we react to, as he puts, it, "the exploits of all the idiots."  Case in point: while we've all been getting so worked up about Sterling, we've been suspiciously quiet about Baltimore Ravens star Ray Rice, who was caught on video socking his then-fiancee in a hotel a few months ago.


On Feb. 15, at the Revel Casino in Atlantic City, Rice and the woman who was then his girlfriend, Janay Palmer, apparently became involved in an altercation that resulted in Palmer getting knocked unconscious. TMZ later acquired a tape of Rice dragging her out of an elevator. It was then alleged that Rice hit Palmer, and the initial charge against Rice of simple assault was upped to aggravated assault.

The day after Rice was charged with aggravated assault, he and Janay got married. Love conquers all. Wouldn't Freud love this?

While you could make a pretty good case that Sterling had done some pretty bad things in the past, things that did indeed break the law, the specific things he's been pillared for are thoughts, not actions.  Rice, on the other hand, undeniably broke the law, and could easily have broken his now-wife's face.

And yet, we haven't seen the lines forming to take shots at Ray Rice as there have been for Donald Sterling.  I've not read of any advertisers threatening to withdraw sponsorships, I've not seen any of the NFL's stars talking about boycotting future games against the Ravens, I've not heard any talk about handing Rice a suspension of any significant length.  Strange, don't you think?  Says Dwyre,


Sterling committed no crime and has the right of free speech in a country that takes great pride in that. Some observers wondered whether mental illness is involved after seeing him on CNN — it somehow managed to cut away for a few minutes from its Malaysian Airlines coverage — and stepped on his racially misguided tongue even worse. Yet he is an American pariah and a huge daily headline that may never stop.

Rice is accused of a serious crime, punishable by the laws of our land. He allegedly assaulted a woman, and the charge he faces was changed to third-degree aggravated assault because, according prosecutors, it involved "significant bodily injury." Yet his biggest fear may be whether he misses one game or two.

By November, Sterling will be no less despised. By November, with a couple of long touchdown runs and an improved yards-per-carry rating, Rice will be coveted on fantasy football teams.

Is this a great country or what?

He's right.*  And what does it say about this country?  What about our priorities, our ways of thinking, our methods of assessing right and wrong?  It's no secret that in today's America, words speak louder than actions, thoughts speak louder than words.  What a person actually does is almost an afterthought.  As Rod Dreher notes, you can get in trouble even if you're part of "the right way of thinking," if by chance you've written one or two words that could be used in defense of the "wrong way of thinking."

*And I loved that line about CNN.

Where does all this end?  It seems so childish that it's hard to call it "madness"; stupidity is more like it.  But the world has been made very dangerous in the past by stupid people - you don't have to be smart to cock things up.  And, as Eliot promised us, the world will end "not with a bang but a whimper."

In the meantime, we might as well all just sit back and enjoy the view while we can.  Most of us have lives that these fiends can't touch, not directly at least, and the less dependent we are on them, the better.
Email ThisBlogThis!Share to TwitterShare to FacebookShare to Pinterest
Labels: Culture, Donald Sterling, PC, Sports