Throwback Thursday: The lion that squeaks 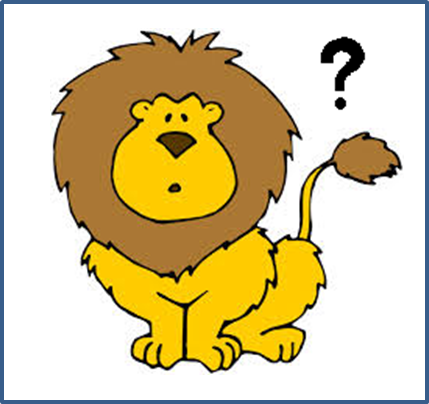 I'm going to start you out with some quotes from an article I admire, and then we'll discuss it.


One cause of present-day childishness in grown-up people is the change in the character of the work by which an ever-increasing proportion of the world's population has come to be earning its living since the beginning of the Industrial Revolution. The mechanization of the world's work has been lightening mankind's physical labor, but this at the price of imposing on the factory worker a psychological curse from which the pre-industrial farmer was free. This curse is the curse of boredom.

Now, the farmer works from dawn to dusk. His life is not dull. Everything - everything - on the farm requires his attention. On the other hand, the factory worker tends not fields nor animals, but machines. "The factory worker's relation to the machinery is impersonal."


If the wheels are to be made to pay, they must be kept turning 24 hours in the day, so the machine-tender works on a shift; the machine is not his own, in the sense in which the farmer's cow and crop are his.

Understandably, this can lead to a dull life for the factory worker. "He may come out physically fresh; but he is likely to find himself phychologically jaded. What he craves for, in his off-time, is recreation; and of course, he is tempted to choose the kind of recreation that makes the lowest spiritual demand on him.

But this isn't an experience limited to those who work in manufacturing:


The middle-class office worker is also making the same choise, without having the same excuse. In his case, perhaps, the cause is not so much boredom as it is anxiety. His higher education has made him more acutely aware of problems - political, social, moral, and spiritual - that are baffling him. His flight from these cares to soap-box opera is a case of escapism.
Moreover, the incentives to seek frivolous distractions are growning in strength. The problems that create anxiety become more menacing, and daily work becomes more boring as automation's pace accelerates.

Interesting, isn't it? At least I think so. And you're probably wondering what kind of textbook or philosophical tome it comes from.

Well, in fact, it comes from December 4, 1965 issue of TV Guide (with the lissome Juilet Prowse on the cover), in an article entitled "The Lion That Squeaks" by the famed British historian Arnold J. Toynbee. Now, we could discuss at length what this says about TV Guide, that it could go from such in-depth and distinguished writing by a noted historian, to the pap that it now produces. But we've covered that ground before. What I find fascinating is what Toynbee has to say, and what it says to our own times. The lion in Toynbee's article is television, and his speculation is why TV has failed to fulfill its potential. Keep in mind that this article was written almost fifty years ago.

The scene that Toynbee describes is eerily our own. Writing in the '60s, when manufacturing still made up a large part of our economy, Toynbee focuses on the dreariness of factory work and what it does to an individual's spiritual makeup. However, in the paragraph I just excerpted, Toynbee turns his focus to the office worker, and here he describes our service-driven economy to a T.


Working hours are continually becoming shorter and leisure hours correspondingly longer; and here we have a second caues of the public's present choice of forms of recreation that are frivolous and childish.

Toynbee might have been amused to find that although technology has made it possible for us to do more work in less time, we seem to be reacting by working longer and longer hours, in an effort to afford more of the material goods that define our lives, even as in doing so we sacrifice the time available to make use of those toys. But he saw the results coming; oh, yes he did: "The misspending of leisure, even on comparatively innocent frivoloties, will lead to social, cultural and moral regression if it continues unchecked."

Isn't this what we're seeing this very minute? In a past post on TV Guide I cited a publishing expert who looked at the tastes of post-9/11 readers: "Everyone thought that after 9/11, people were going to focus on what really matters, get their priorities straightened out . . . [b]ut I think more than anything people have sought escape at a higher level." In a Strib article on the resurgence of horror shows on TV this season, an anylist followed the same reasoning:


"I think people expected that after 9/11, people were going to want light comedies," said Stuart Gordon, director of "Re-Animator" and the series' installment next week. "But there's so much tension in the world, and people need a chance to get it out of their systems."

It might be well at this point to remember that the great sci-fi movies of the 50s were often seen as cold-war metaphors, the paranoia reflecting our concern with Communism, nuclear war, and the end of the world. And so it's not surprising that we'd turn to horror and celebrity gossip - when we don't believe in anything, when we see no hope for anything other than the world in which we live now; and we see that world seemingly spiraling out of control, then why not turn to more and more destructive ways of living? Even if it's only vicariously, through watching the imploding lives of celebrities or the latest apocalyptical horror story. We're not only escaping responsibility, we're trying to close our hands over our ears and shut the whole thing out. We just don't want to think about it. 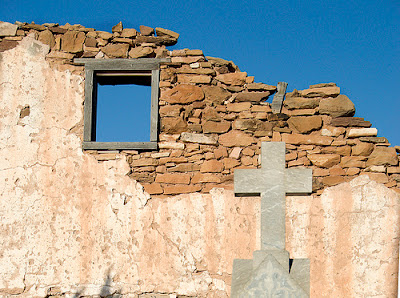 Toynbee describes a very Chestertonian-like outlook on economic issues and their relationship to the spiritual lives of people; the need for ownership of work, the essential goodness of physical labor, the dangers of becoming a "wage slave," with no personal stake in the work being performed. He's absolutely right when he talks about the inevitable effects: a rise in anxiety, laziness, moral slackness, an urge for the frivolous. He has looked at today's world through Chesterton's eyes, and seen what the great man predicted.

So what happens next? Toynbee's article concluded with a prescription for what was needed, but doubt that it would happen. First, people need to expect more from television:


How far does this depend on him, and how far does it depend on the policy of the commercial organization that purveys to him those silly programs to which the viewer is now giving an appallingly high proportion of his viewing time?

Networks have to be responsible to viewers, and since they're all businessmen they have to give the viewer what he wants. They can't afford to get too far ahead of the curve, for then it may appear they're trying to force-feed the viewer, who will turn away, leaving the network and its sponsors in a financial dilemma. But, as Barnum (I think) pointed out, nobody ever went broke by understimating what the people will accept:


The purveyor [executives and sponsors responsible for what's on TV] therefore allows himself a margin of safety. He sets the level of his wars below the average level of demand, not above it, and this poor-spirited policy gives him greater freedom of play; for his researches tell him that he can depress the level of his wares at least 12 inches below the average level of demand before his low-brow customers will give up television in disgust because they are finding it too banal to please even them.

Yes, TV needed to become more educational, at least in the sense of feeding the viewer's intellect rather than acting as junk food.


But will just educating the head be enough? The head cannot run far in advance of the heart; and, for bringing about a change of heart, something more than an improvement in formal education is required. A spiritual revolution is needed; and here, I think, we are touching the heart of the matter. We are putting our finger on what is wrong, not just with present-day television, but with present-day Western life.
[...]
In our time, we have lost the lofty vision and the serious purpose with which our forefathers used to be inspired by their ancestral religions. This inspiration has now been lost by many people who still attend church and temple and mosque. How is this vital inspiration to be regained? The future of television, and of everything else, will depend on our answer.

Toynbee was right forty years ago; he's even more right today. And while he's talking about TV in the article, he could be discussing all the institutions of our society: government, business, church. The mood he saw in the waning days of 1965 came to flower in a generation that seemed to reject everything: faith, morals, authority, responsibility, convention. They talked of peace, often in the most violent ways possible. The damage caused by the 60s and 70s can't be overestimated; we now see what happens when our major institutions are run by the generation that ceased to believe. And today's culture is being written by their offspring, children of the children who never grew up.

Toynbee saw the warning signs, and they came to pass. We are poorer because of it. And we must now ask, as we see the signs flare up again: what will they produce this time?