Flashback Friday: The cult of celebrity 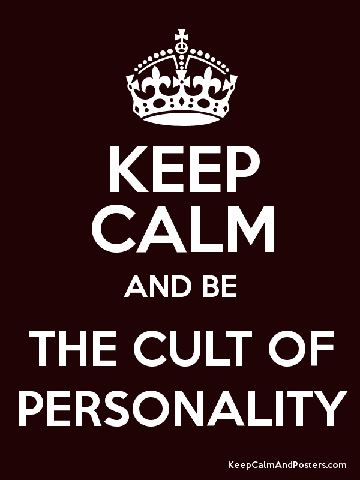 The cult of celebrity is something that we've alluded to here from time to time, most often in the idea that celebrities, like everyone else, are role models whether they like it or not. And then there's what we've called the "Oprafication" of life, the wear-your-heart-on-your-sleeve mentality that substitutes feeling for thinking.

Nowhere was this more apparent than in the death of Diana, Princess of Wales. In "The Dianification of Modern Life," Theodore Dalrymple of The New Criterion sums up what a commenter refers to as the "vapidity of celebrity culture." It strikes at one of those things that seems so very wrong about our society today:


Her death provoked a reaction of sociological and psychopathological interest. Her combination of inaccessible glamour and utter banality (on her own admission, she was not very intelligent, and it was evident that she had no taste for threateningly elitist intellectual or artistic pursuits) appealed to millions of people. Apart from the fact that she was extremely rich and married to the heir to the British throne, she was just like us. Her personal tribulations were just like ours: at base, rather petty and egotistical. She was the perfect character for a soap opera, in fact, and those who ‘grieved’ after her death were really protesting at the deprivation of a large part of the soap opera’s interest.

He also makes an excellent point about how this very tendency was leapt upon by Tony Blair, eager to find the hook for his prime ministership. It was Blair who made popular the phrase, "The People's Princess," and as Dalrymple shows, the impact on Britain (and Western culture, for that matter) has been extensive:

A wonderful phrase, that: "holding nothing back was the way to mental health, and their deepest emotional expression was the teddy bear." Whether or not you agree with that, you have to like the way it rolls off the tongue. Say it a few times, and you'll probably begin to see the truth of it as well.

Dalrymple begins his essay with a quote from the (viruently) athiest Sam Harris, in his book The End of Faith, who writes, "Three million souls can be starved and murdered in the Congo, and our Argus-eyes media scarcely blink. When a princess dies in a car accident, however, a quarter of the earth’s population falls prostrate with grief."

That is the scandal of modern life, the scandal of the cult of celebrity, the scandal for the believer. And it is a scandal, because we can do better than that, we are capable of far more than we are showing. If we fall into these traps, if we sanctify the dead simply for being dead (as Dalrymple puts it, "How could anyone who personally hugged people suffering from AIDS and was against the planting of landmines not be a force for good?"), then we give those like Sam Harris no reason to look further into the eternal truths of Christianity. If the only object is to feel good - well, you can get that anywhere, can't you? Hardly seems worth needing a Redeemer, what?

Life is a challenge, and oftentimes the only way to meet that challenge is through reason, combined with faith in the power of the mind. Sadly, thinking is something that seems passé all too often, now.

Dalyrmple's essay comes from a fascinating forum at Britannica Blog, "Diana and the Cult of Celebrity." It's a discussion well worth checking out.