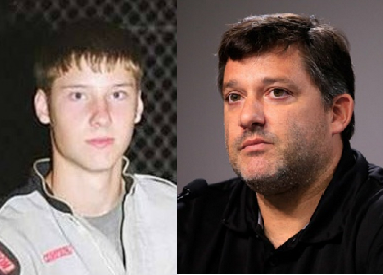 The report from the Ontario County District Attorney and Grand Jury in the case of the August 9, 2014 Empire Super Sprint (360 sprint car) Series event at Canandaigua Motorsports Park in the aforementioned New York township, had a disturbing reference when considering that Kevin Ward Jnr’s irresponsibility led to his death, as was previously mentioned.  The toxicology report of Mr. Ward performed by the coroner of the county uncovered traces of cannabinoids (marijuana) in his system at time of death.

Cannabinoids are prohibited under Section 8 of the World Anti-Doping Code’s Substances Prohibited In Competition.  That matters to Tony Stewart, who has previously applied for an FIA Grade A licence as part of his participation in the Indianapolis 500 (INDYCAR mandates a Grade A licence), and at minimum must hold a Grade B licence (since the 1960’s, NASCAR has required at minimum an FIA Grade B licence – Hurley Haywood angered the SCCA when the autocrosser applied for a NASCAR Grand National licence so he could apply for an FIA Grade B licence, which was approved, promptly finishing eighth at the 1969 Six Hours of The Glen, winning the 2L GT class, in his first professional race, with Peter Gregg, who had spotted him at the autocross event).  Under his FIA licence, he must clear an FIA-approved drug test and face random drug tests.

The lack of responsibility had caused the death of Mr. Ward, and his irresponsibility at the time of his death now was proven with the test showing he had used cannabinoids, prohibited by ACCUS members (NASCAR/IMSA, INDYCAR, USAC, SCCA, NHRA, WKA) under the FIA licences required for competitors.  In light of a huge push by a younger generation pushing for legalization of cannabinoids, pushed by liberal city-states in Colorado, Washington, and California, popular culture, and the Bohemian attitudes of the generation taught by humanism, this death should be another warning shot fired against the pro-pot crowd.  As they said in youth groups at church in my youth, “don’t smoke a pot of pot”.  This incident shows the lack of responsibility by having such drugs in your system.