Who is Neil DeGrasse Tyson, and why is he saying all these stupid things? 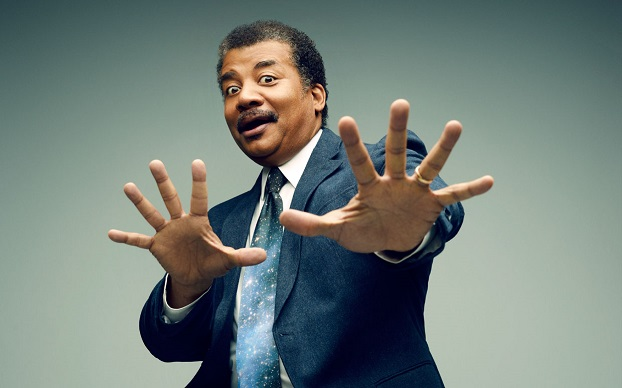 Actually, I'm just kidding about the headline, at least partly.  I know well who Neil DeGrasse Tyson is, as do most of you, I'm sure.  But am I the only one out there who's tired of him? I think not, based on what I've been reading over the last few weeks.  I am tired of reading about his various misquotations, but that's just because it's hard to believe the guy's getting away with it all.  If he were a Christian, or a conservative, or a (horror of horrors) conservative Christian, the media'd be all over him.  As it is, you get to read about it here and there.

The writeup I linked to over at The Federalist gives a good summary of how he's quoted people who never actually said what he said they said, and RedState tells us about his (sort of) admission that he might not have gotten everything right in the past, but that you should believe him rather than your lying eyes, or something like that.

Look, I'll admit that I enjoyed his book on Pluto, but what else has he done for me?  His reboot of a legendary series, Cosmos, bombed - although I'll admit that the original series, which was acclaimed far more than it deserved, wasn't any great shakes either.  (I really should read this sometime.)  He makes ideologically-driven, suspect statements.  And this First Things article from a while back points out his flawed belief in "scientism" that permeates the series.

I've written at the TV blog about how we need more science as part of popular culture, and I have to at least applaud Tyson for that.  But how much stock can you put in someone who, in an age when information (and factchecking) is at anyone's fingertips, can't even produce an accurate quote, or one that's tainted by ideological overtones?  Can we really trust what he says on television?  For all we know there might be only six planets in the solar system.
Email ThisBlogThis!Share to TwitterShare to FacebookShare to Pinterest
Labels: Religion, Science, Television