Cannabinoids but still advancing their push? 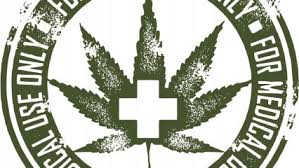 If it isn't clear that 1960's liberalism is running amok in this country with courts become tyrannical dictators by overturning constitutions in an attempt to ram down a nation based on their feelings while overturning majorities on any number of issues, including trying to criminalise the Bible in favour of their own feelings, you can see it with the victorious push of cannabinoid legalisation.

As we've documented this year, the Canandigua Motorsports Park 360 cubic inch sprint car incident in August resulted in a fatality, and the toxicology report proved the driver killed tested positive for cannabinoids, which is a prohibited substance in WADA drug tests. Cannabinoids are prohibited in drug testing for most places of work.  We recently learned the Ferguson incident also had a case of cannabinoids in the deceased, who is being deified as innocent despite his actions that led to the shootout, and racial animosity in that area, with threats of massive looting should the policeman, who came close to being defenceless by the cannabinoid-positive thug, be acquitted.  Once again, the writing is on the wall -- cannabinoids created this incident.

But the elections proved sadly, those urban hippies want to remake the country in their own mould.  Already victorious in Colorado (Denver and Boulder) and Washington (King County), the push for cannabinoid legalisation has scored victories in Alaska, Oregon (Portland city-state), and the Washington DC area.  What are these people thinking?  The values of a generation that hates every standard seemingly has won at every bend thanks to such stupidity. Why are people demanding cannabinoids everywhere?  Do they understand the health hazards?