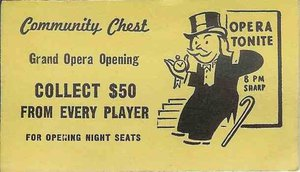 I will admit that I was more than a little skeptical when my former home-town Minnesota Opera announced plans a few years ago to produce an operatic version of the classic political thriller The Manchurian Candidate.  Besides the almost-impossible task of living up to the original Frank Sinatra movie version (does anyone really remember Denzel Washington's remake?), the imaginative camera angles that were used by director John Frankenheimer (the famous tearoom scene, for example) seemed to suggest that this would be yet another example of opera companies commissioning productions that would be seen once and then (if one was lucky) forgotten forever.

But, in one of those cases I always hate to admit to, I may have been wrong about this.  The opera doesn't premiere until next March (and I won't be there to see it anyway), but some of the things I've heard and read about it are causing me to reassess my original opinion.  The synopsis that I've seen suggests a story quite close to the original (a slightly built-up role for the Janet Leigh character, but if you're going to have a female lead, that's to be expected), and the clip below indicates some quite interesting music that not only advances the plot but creates an atmosphere in tune with the story.


The jury should still be out on this until the production actually hits the stage, but I've moved from being a skeptic to having an open mind.  Perhaps I should have been there already, but given the track record not only of new opera but the Minnesota Opera in particular, you can understand my uncertainty.  At any rate, next year we should know if we have a new masterpiece on our hands, or just one more opera to forget.  I'm hoping for the former - if I were still living in the Twin Cities, I'd be certain to check it out.  As it is, if it's good, and if it goes on the road and winds up in Dallas, I'll stand in line to see it.
Email ThisBlogThis!Share to TwitterShare to FacebookShare to Pinterest
Labels: Minnesota Opera, Opera, Opera Wednesday/Thursday, Video