Christmastide (Day 7) - Where is the Christ Child? 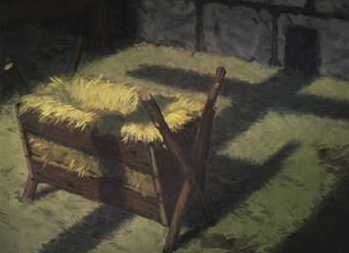 We cross the halfway point of Christmastide, with Epiphany coming the first Monday of the new year, and after that we start Ordinary Time until the Lenten season.  But as we reach Day Seven Wednesday, the last day of the year, I ask if we have lost the meaning of Christmas.

This Advent season (remember Advent is the four Sundays before Christmas, and Christmastide is Christmas to Epiphany), as I visited the stores, save for the religious stores and Hobby Lobby, it seemed that the decorations I saw on sale at stores and posted everywhere were promoting winter days that does not sound appropriate, considering the next Summer Olympics will take place in the winter (Rio is south of the Equator), and it's also summer for the INDYCAR champion (Australian).  The other type of decoration we are seeing at the stores is the old-fashioned obese man in a red outfit (you should have seen how two companies that I am a shareholder decided to slim him down for their marketing campaign) or the related reindeer from a 1960's television special always airing during this time of the year that later infuriated me when the Made in China winter holiday cards based on it were being sold at the Post Office, while I purchased Indiana-made Christmas cards from Abbey Press this year.  Why does everything have to be dreaming of snow and winter, as was the case of many years ago with movies?

The schools are saying “winter holiday,” and many stores are saying “holidays” with nary a reference to the child in the manger.  The signs of Joseph, Mary, the baby, the shepherds, the animals, and the magi are are few and far between.  (And don't raise the right hand in a toast when the last line is sung in “Away in a Manger,” which can be a problem if the Spilman tune is used!)  And after listening to “The Many Moods of Christmas,” I learned a song that has been very popular for Christmas isn't even theologically correct, it was written during the time of the Cuban Missile Crisis, but I appreciated the Catalan music and other music that had the message of the Child that we long forgot.  The numerous songs listed on the ASCAP Top 30 list were mainly winter songs, and sacred song has long been ignored.  Why is Mariah Carey better rewarded than Mark Lowry, though both are 1990's songs (although Pentatonix had a version of Mark's song that, well . . . )?

Meanwhile, television has vastly ignored the Christ child.  Whereas you could have seen coverage of live choral performances of masterpieces that promote the Christ Child 50 years ago, as we've learned, the sacred masterpieces are gone, shed to the scrapheap while specials from the latest pop stars are everywhere.  Live sing-along Messiahs and Lessons and Carols are more virtuous than the specials that are there today.

Just ponder the question:  Why have we become so ignorant of the Child whose birth we celebrate throughout this twelve day season?  Has popular culture shown they are out of touch with the heartland again?