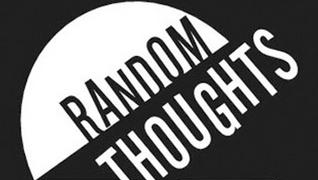 The third month of the year is here, and a few random thoughts came this week regarding news bits.  Here are a few quickies to ponder.

Whose Side Are You Supporting, Congressman?  The relegation of my area (because of certain Tea Party "Spirit of 1773" conservatives in the area, no doubt) to the ultra-liberal, race-baiting Sixth Congressional District is analogous to that of a football club that has gone from the Comcast-broadcast Barclays Premier League to the Al Jazeera [through their sports subsidiary beIN]-broadcast SkyBet Championship (and lower leagues).  The ugly colours displayed itself because this Congressman who ignores me for not being in his qualifications has decided to skip Prime Minister Netanyahu's speech to the Joint Session of Congress this week.  Whose side are you supporting?  Either you're with Israel or you're with Iran, the Islamic State of Iraq and Syria (not the Iraqi government), and the Palestine Liberation Organisation.  Mr. Clyburn is far worse than Mr. Wilson, mind you.

Are Streaming Television Services Opening the Door to the Dreaded X Rating on Television?  It is well known movie theatre chains (Carmike, AMC, Regal) will not accept carrying X-rated (referred by the MPAA as NC-17) movies, as it will hurt revenue because of core teenage audiences (R allows as long as there is an adult watching with the child), there is an association with pornography with the X rating though some are for violence, and additional patrol to ensure those under 17 are not attending an explicit movie.  But with streaming television replacing network and even pay television, the ads for people to subscribe to such services are promoting TV-MA rated series, which are the television equivalent of X ratings.  If the theatre chains make it clear "no means no" for X ratings, why are television viewers being told the best shows on television are the X rated shows?  It seems further that the streaming services are promoting the raunchiest shows, which have no accountability to censors or advertisers, and to claim "artistic excellence" means as raunch as it can be.  Remember that a popular movie based on a raunchy book was awarded a British equivalent of an X rating, and edited to an R in the United States to avoid the X that would drive it away from theatres.  What are we saying when premium pay is opening the door to "too hot for movies" on television, and winning?

The ChromaLusion Dress?  The recent media rush over the perspective that the colours of a dress were of different colours had me looking back at NASCAR legend Jeff Gordon's Chevrolet Monte Carlos he raced for his former sponsor DuPont (NYSE : DD, sponsor of Mr. Gordon from 1992-2012, when the company sold the division that sponsored his #24 Chevrolet;  the new successor company, Axalta, NYSE : AXTA, has sponsored his Holden since 2013) around the turn of the century.  Various liveries for Mr. Gordon, especially at the All-Star Race, featured a DuPont (now Axalta) branded ChromaLusion paint that changed colours upon reflection of lights.

Mr. Gordon's ChromaLusion from the 2001 Chevrolet Monte Carlo 400 at Richmond.  Note how the light changes the perspective of colour on that car.

There is also a Superman from the 1999 Charlotte spring races that used ChromaLusion.

When I saw that dress story, I looked back at the archives of the legendary #24 DuPont Chevrolet (and successor Axalta Holden Commodore) and see how that the dress story was not new.  I've seen this with a car that changed colours.

A Law With No Sense.  Sixty years ago, the 24 Heures du Mans crash involving Pierre Levegh's Mercedes running over an Austin-Healey into the stands, killing 83, led to a ban in motorsport in Switzerland.  After a test by former F1 test driver and INDYCAR podium finisher Simona de Silvestro, there is a push to legalise only electric motorsport in the country, while the 60-year ban on petrol circuit racing continues.  Why only allow electric cars and not petrol?  Are you selling out to those who push for green standards?  (The 24 Heures disaster also led to a ban of over 30 years of Mercedes-Benz in motorsport and the American Automobile Association disbanding the Contest Board that sanctioned the Indianapolis 500; interestingly, AAA members couldn't race at Darlington in its early years because the AAA didn't like Bill France; when the Contest Board dissolved after the disaster, Mr. France, Mr. Hulman, and the SCCA formed the Automobile Competition Committee of the United States, the new national governing body of motorsport in the country;  today, there are six member clubs of ACCUS.  Some INDYCAR fans are outraged because the reigning Rookie of the Year for the Indianapolis 500 recently had his FIA licence suspended by ACCUS for domestic violence, since an ACCUS member can suspend a competitor's FIA licence, and the suspension goes into effect for all other ACCUS members.)
Email ThisBlogThis!Share to TwitterShare to FacebookShare to Pinterest
Labels: Culture, Movies, Politics, Sports, Television