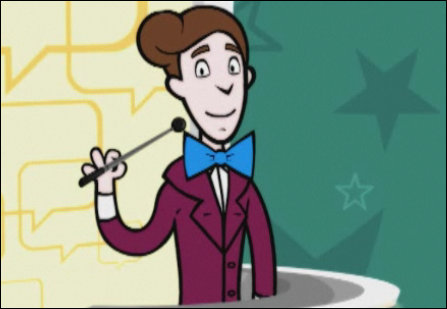 When CBS debuted three game shows in 1972 (The New Price Is Right*, The Joker's Wild, and Gambit),  the oddity of CBS Daytime executive B. Donald Grant's moves were in play.  CBS wanted Bob Barker to host The New Price Is Right, but Barker wanted The Joker's Wild instead.  CBS considered Wink Martindale, but he chose Gambit.  The network effectively was forced to have Jack Barry (though he had baggage from the quiz show scandals) host it when Barker accepted Grant's deal for New Price instead of his want of Joker.  We know the result for 35 years.  Then, when CBS attempted to audition a replacement for Barker in 2007, the network auditioned Todd Newton, Mark Steines, George Hamilton, Mario Lopez, Dave Price, John O'Hurley (who was hosting a syndicated game show at the time), and Marco Regil (Spanish language personality who hosted Mexican versions but was wanting for an English language break).  The surprise was when a summer primetime series game show host, who had semi-retired from television after the end of his sitcom and his US version of a British comedy show, was given the chance without an audition.  The rest, as we know, is history, though Drew Carey has proven he isn't afraid to be a team over me person, especially after Rich Fields' firing (which according to Fields, led to a Season 39 taping day lunch after Carey learned of his brother's death where Carey and Fields spent a considerable amount of time together that proved skeptics wrong).

That reminded me of a commentary on the Classic TV History blog, and you wonder what would have happened 41 years ago had he been given that chance.  The drunkenness of Edd Byrnes when he hosted pilots of an NBC Daytime show that would replace the long-running Jeopardy! was highly inappropriate.  Thankfully, he wasn't given the chance to do the show, but the host of the first pilot, which was considerably different than the show we now know, Chuck Woolery was, and lasted nearly seven years.  The rest, as we know . . .

When the show was still a daytime show, NBC was trying to audition replacements for Pat Sajak in 1988.  We know NBC went with a former Chargers player.  But who was on the auditions list? You'd be surprised who was auditioned by Coca-Cola (then owned Merv Griffin Enterprises) and NBC:

*The "New" tag was used until the summer of 1973, the show's first season.  The reference was made during the show's Season 44 Premiere Week, which featured throwback door designs shown on the giant monitor behind the audience except for the current decade, which used the new Season 44 pattern.
Email ThisBlogThis!Share to TwitterShare to FacebookShare to Pinterest
Labels: Game Shows, Television