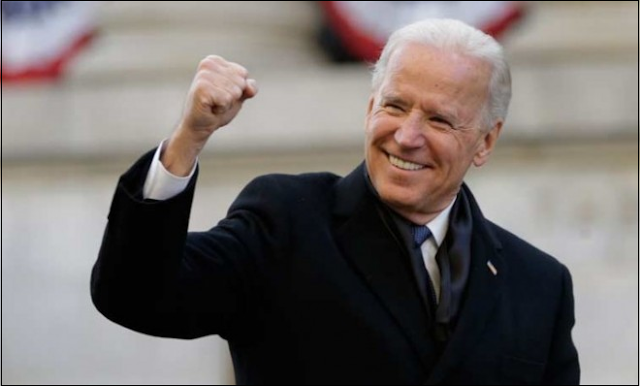 Well, I have to admit I'm surprised that Joe Biden's not running for president. I suppose it might have something to do with Hillary's debate performance last week; I didn't see it, but the pundits said she'd done well, so there's that.  It's also possible that Joe discovered there wasn't as much support for him out there as he'd thought.  In any event, I would suspect this removes the last real obstacle to Clinton winning the nomination.  I don't presume to know where things go from there.

It's too bad, really, about Biden. Not that I was planning on supporting him; far from it. But I had this nice theory all worked out, you know - similar to the one I did on the Republican contest four years ago. Looking back on it, I still think that was a good analysis; I wouldn't change a word of it. And I was prepared for another good one for this campaign, one that coincidentally also hearkened back to the 1960s. (But then, doesn't everything?)

The way this one worked, Hillary Clinton was Lyndon B. Johnson - the presumptive nominee. Heavily favored, an experienced Democratic insider, but also highly controversial. Bernie Sanders was Gene McCarthy - the rebel outsider, the one daring to take on the party establishment. Thought too far out there to be a real contender, but picking up surprising support, especially with the young. And I had Joe Biden as Hubert Humphrey - presuming that Sanders took out Clinton in the same way that McCarthy did Johnson, and with an assumption by the party establishment that Sanders was too liberal to win in November, the party would have turned to Biden - a sitting vice president - in the same way that they did Humphrey. For if the conditions had existed in which Biden would jump into the race, I thought he would probably win the nomination.

There's really only one character remaining in this morality play, and that's Robert F. Kennedy. And here is where the analogy ends, unless things get more complicated for Clinton than they appear to be at this point. In looking at a candidate to model after RFK, one searches for someone who can tap into the emotion of a large wing of the party, one who has been urged to run but has refused, one who has the liberal credentials to command support without the same minuses of the others. (Notwithstanding some minuses of their own.) Hopefully, this wouldn't extend to being assassinated following the California primary, and I don't say that as a joke, because it appears that just about anything can happen in this country nowadays.

Bill Kristol was thinking along the same lines as I was, apparently, because a while back he'd come up with much the same scenario. (Another reason I should have done this earlier, but whatever.) His answer to this question makes sense, and so I'll plug it in and go with it: today's Robert F. Kennedy would have been Elizabeth Warren. And when you think about it, it does make sense, doesn't it?

Alas, with Biden's announcement today, unless he's really playing hard-to-get, I think we've seen the last of the analogies to the 1968 campaign. It's one of the most interesting campaigns of the 20th Century, by the way, and if you want to know more about it, I'd suggest one place to start is Theodore White's The Making of the President 1968. There are better historians than White, but few of them are as readable, and as an introduction, it gives you a vivid sense of where this country was almost 50 years ago.
Email ThisBlogThis!Share to TwitterShare to FacebookShare to Pinterest
Labels: 2016 Campaign, Democratic Party, Politics