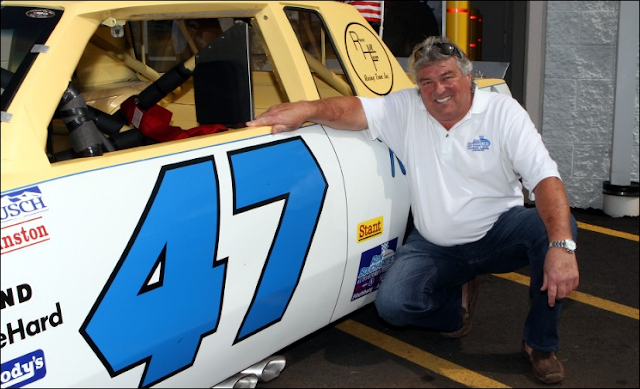 The news came in last Thursday morning in Massachusetts -- legendary New England Modified racer Ron Bouchard, who pulled off the upset in the August 1981 Talladega NASCAR Sprint Cup Series race for his only win, died December 10.

The son-in-law of New England racer "Steady" Ed Flemke, Sr, a popular New England Modified racer in a time where the Mod Squad (glorified in the 2010 History documentary "Madhouse" about Modified racing in Winston-Salem, North Carolina, which is one of the few places in the Southeast where the division of Yankee racing has a stronghold) provided drivers, mechanics, and broadcasters (SiriusXM's Jackie Arute, as he was called at Stafford Speedway in the glory years where he and Mike Joy served as public address announcers, is one, and owns that track in Connecticut with his brothers;  Joy often says the best motorsport broadcasters have a strong background in local track announcing), Bouchard scored his only Sprint Cup win in the dramatic tri-oval to the line pass at Talladega against two future Hall of Fame members in 1981.  He scored two more national series wins, sweeping the 1984 Xfinity Series 200-mile races at the historic Darlington Raceway held before the Rebel and Southern 500 races.  As his career would down, Bouchard, as was the case with both of the drivers he beat in the Talladega finish, would turn to owning an automobile dealership in his Fitchburg, MA home, where some of his Modifieds and his Cup winner are stored in a recently opened museum.

Here is a clip of the 1981 Talladega upset -- the winning car is at the Bouchard family dealership for viewing.

He is survived by wife Paula, whom he was married over 32 years, and their children are part of the family dealership.