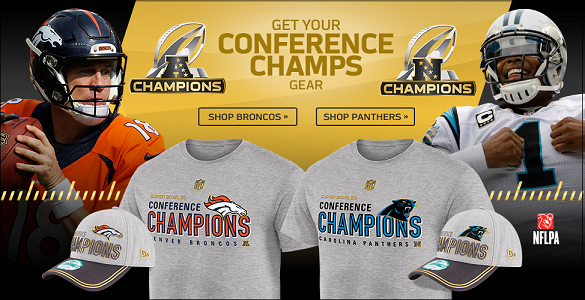 CBS posted recently the attire regulations for an upcoming Super Bowl L themed episode of The Price Is Right to air the Friday before the game.  The NFL and Nike have assured only current era logos are permitted, and only current era Nike jerseys are permitted.  No visible logos from adidas (which had the NFL uniform contract until 2013) are permitted -- only official NFL gear is permitted, and the only logos allowed are Nike.  Here is the show's official statement:

"IF YOU CHOOSE TO WEAR FOOTBALL THEMED ATTIRE, IT MUST BE OFFICIAL NFL MERCHANDISE ONLY. NO VISIBLE REEBOK LOGOS OR FAN MASH UP JERSEYS WILL BE ALLOWED IN THE STUDIO. ALL ELIGIBILITY RULES APPLY. "

Looks like the NFL and CBS (which has used Price for many NFL promotions) is tightening the regulations to ensure for NFL official gear.
Email ThisBlogThis!Share to TwitterShare to FacebookShare to Pinterest
Labels: Marketing, Sports, Television