Your Oscar recap - before it happens 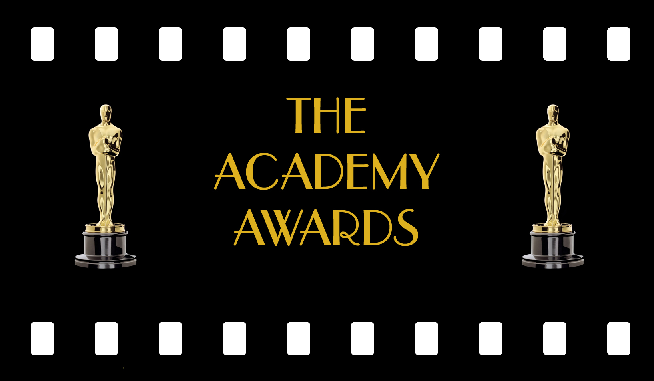 Apparently the Academy Awards are this Sunday night. I say "apparently" because I'm actually writing this on the Friday before the Oscarcast, just to show how foolish and predictable the whole thing has become, and how easy to predict it is.

Time was when I really looked forward to the Oscars. That was before the show itself expanded from the tidy 90-minute-to-two-hour broadcast it had always been to the bloated four-hour telethon it has recently become, before the movies themselves separated into three categories: CGI-laden superhero spectacles, slob-driven gross-out comedies and politically-charged arthouse dramas. Back then I hadn't seen most of the nominated movies - I wasn't old enough to get in to a lot of them - but it didn't matter, because they were the movies everyone wrote or talked about, and even if you hadn't seen them yourself you'd heard about them, and you were able to develop something of a rooting interest in one or more of them. The actors and actresses in them were also common faces - you'd seen them on magazine covers or on television, and there was a very glamorous aura around them.

Even the broadcast itself was different - it was traditionally on Monday, late in the evening, which gave you something to look forward to throughout the dreary Monday workday (or schoolday, in my case). It was to entertainment what Monday Night Football was to sports, and I don't know why the Academy wasn't able to understand how the NFL made Mondays special that way.*

*I've read that one of the NFL's ambitions in constructing an entire urban village around the new Rams stadium in LA is to have a theater worthy of hosting the Oscars. Doubtful it will ever happen, but if it did perhaps they'd be able to give it some of that Monday night buzz.

If you're like me, if the magic is gone from your relationship with the Academy Awards, then it's as a public service that I present this rundown of what happened on the show last night, even though it hasn't actually happened yet. Think of this as my gift to you, freeing up your Sunday evening so you can do something fun instead.

Host Chris Rock spent most of the evening making jokes at the Academy's expense. He never explicitly mentioned "#OscarsSoWhite" because that's what everyone expected him to do, but he walked right up to the edge all evening, which became a knowing joke between him and the hip audience. Everyone had a good laugh (or two or three) at Donald Trump, with several reference to it being a "Uge" night, and at least two presenters came onstage wearing various versions of The Donald's hair. One acceptance speech will refer to the courage of women like Hilary Clinton, and at least one arriving celebrity will be shown wearing a Bernie Sanders button.

Speaking of which, attendees and participants never were quite able to figure out how to show their solidarity with this year's social justice cause. At first the idea was to wear black ribbons in support, the way they had worn red ribbons during the AIDS crisis, but this backfired when it was pointed out most viewers wouldn't be able to see the ribbons against the black tuxedos. An alternative - to switch to white suitcoats (always fashionable) in order that the ribbons would show up better, was rejected for obvious reasons, as was the idea of wearing blackface to show that "we are all black under our skin."

The Revenant was the big winner last night, taking home the awards for Best Picture and Best Director. Everyone hailed the movie's astounding ability to depict the struggle between humankind and the environment, and how people can only achieve ultimate victory through cooperation with our animal brethren. Likewise, Best Actor Leonardo DiCaprio was praised for delivering an acceptance speech largely devoid of the environmental polemics he's best known for. In a subtle, reflective speech, DiCaprio mused on how he never imagined he'd be standing at the podium holding an Oscar, concluding that it proves how "this is a wonderful world - let's be sure and keep it that way."

The Best Actress award went to Bree Larson for the little-seen Room, who praised the courage and determination of the real-life women who've undergone the same ordeal as her character. Best Supporting Actress was won by Kate Winslet for Steve Jobs, in an upset over The Danish Girl's Alicia Vikander, whose campaign was doomed by too many health-conscious Academy members who thought Vikander was playing a pastry chef. The emotional highlight of the evening was Sylvester Stallone's victory in the Supporting Actor category. The audience rose in ovation as Stallone mounted the steps to the stage, pausing at the top to recreate his famous Rocky pose on the steps of the Philadelphia Museum of Art.

The telecast will end sometime around 12:30am Eastern, and over the next couple of days there will be discussion over the show's record low ratings, and what can be done about it. Four months later, Jimmy Kimmel will be presented as the host of the 2017 broadcast.

There - now that you've read it all, you don't have to feel as if you missed anything. Your gratitude will be award enough for me.
Email ThisBlogThis!Share to TwitterShare to FacebookShare to Pinterest
Labels: Humor, Movies, Oscars