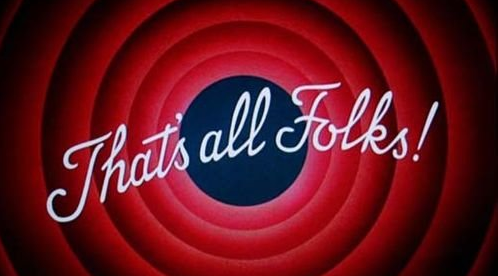 Bill O'Reilly is known for his "The O'Reilly Factor" being called the "No Spin Zone".  But the NCAA Final Four and Championship are now exclusively on pay television, ending over four decades of network television, means a reduced television audience for the Championship Game, which I believe is a big mistake.

North Carolina Tar Heels fans have long been associated with their team in Charlotte being on WBTV, the Raycom (and in preceding years, Lincoln Financial and Jefferson Pilot eras) station as part of the ACC syndication package.  From 1982 until 2015, Channel 3, the long-time CBS affiliate, carried the NCAA, but the NCAA has weakened it to the Turner TBS/TNT/TruTV trio, with this year ending with both the semifinals and finals on Time Warner's pay channels.

Following college football's push to pay television a few years ago, the Time Warner trio is masking the loss of widespread mainstream coverage in the same way Disney is treating the College Football Playoff by having one channel dedicated to each of the two teams with "cheerleaders," similar to the very unprofessional homers that dominate radio sports today (think of someone such as Bob Lamey of the Indianapolis Colts, best known for the famous Turn 4 call at the 1992 Indianapolis 500, and his notorious homer calls) sitting around a professional broadcaster, at each game.  We saw that at the CFP and now at both the Final Four and Championship.  Yes, they can boast more viewers combined, but what does it say when you take big game voices and relegate them to pay television that considerable fewer people watch?  Jameson Nantz (who isn't even three months old) might wonder why daddy's coverage is on far fewer homes now than it was even five years ago.

OK, NCAA.  This idea of pay television for the finals is a failure.  When WBTV becomes an afterthought, allowing WSOC to become the area's top channel as WBTV loses its "home of the NCAA" honours as they air more reruns on weekends, what does it say?

What does it say when TruTV, a channel about "reality" television, is more relevant than WBTV, a channel that is the voice of Charlotte, when it comes to March Madness?  Our culture is in arrays when "reality" channels, not general audience channels, air the biggest games in sports, does it?  And ignore the spin, they base their audience numbers on how many are watching the "cheerleaders" channels.

You don't see the Super Bowl with "cheerleader" channels with cheerleaders watching the games. Why have we stooped so low in college sports with this?  Time for a return to network television for the big ones.  The R&A and NASCAR have learned their lesson.
Email ThisBlogThis!Share to TwitterShare to FacebookShare to Pinterest
Labels: Sports, Television