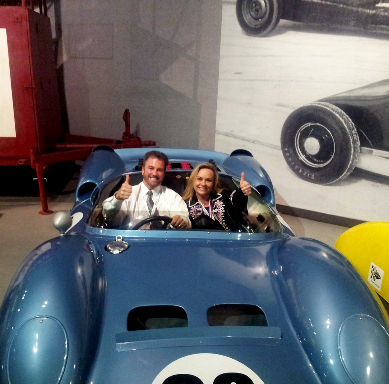 Angela and Rich have been seen together at various motor racing events representing their fathers, most notably at the NASCAR race in Las Vegas.

(PHOTO:  Angela Savage and Rich MacDonald at the USRRC Hall of Fame in California in the spring.  Both fathers were inducted, and this is a shot of the two children together.)
Email ThisBlogThis!Share to TwitterShare to FacebookShare to Pinterest
Labels: Auto Racing, Indianapolis 500