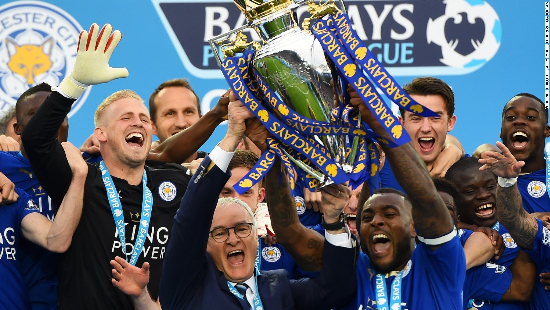 The Premier League seasons has ended, and it's tempting to wonder what the world's most popular soccer league has up it's sleeve for next season. Leicester City, the miracle champions, weren't really the 5,000-to-1 shot that the bookies established; we know that the odds were simply set to get someone to put a longshot bet down on them. Had the oddsmakers really thought Leicester had a chance to win, they probably would have given them the obligatory 100-1 figure that usually typifies a team with no chance at a title. In reality, we'll probalby never know what the actual odds were - a million-to-one perhaps? - because you can't post odds on the occurrence of an impossibility.

Considering the millions of words from the thousands of stories written since the victory of those fantastic Foxes, it hardly seems as if there is anything more that could, or should, be added.  And yet, so astounding was their achievement, it almost compels one to say something, if only to provide further demonstration as to how inadequate words are when describing an event such as this.

Joe Posnanski's article shortly after Leicester clinched the title says it about as well as anybody can, when one is trying to describe an impossibility. As pundits struggled to come up with comparable examples of upset championships, their comparisons inevitably fell short. It wasn't like the Miracle on Ice victory of the 1980 U.S. Olympic hockey team, a team that had shown flashes of brilliance during the months leading up to the Olympics and displayed a work ethic that made them a difficult team to beat, particularly in a short tournament. Win seven games and you've got the gold medal, but try doing the same thing over the course of an entire season. 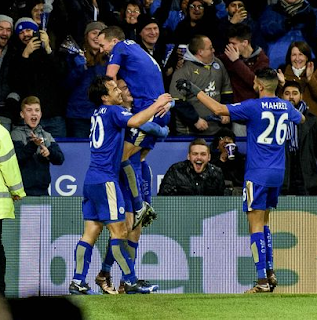 Others looked to the New York Mets of 1969, the Miracle Mets, who shockingly won the World Series after never having posted a wining season (or anything close to it) in the previous seven years of their existence. And yet that is ultimately found lacking as well; for in taking the title, Leicester had to overcome the so-called "Big Five" of the Premier League - Manchester United, Arsenal, Chelsea, Liverpool* and Manchester City, teams that had so dominated the league over the years that only one team outside of that group had ever won the championship in the league's 23-year history. During the 122 years the competition has been held, those five sides had, between them, won the top-flight championship 65 times. So the Mets comparison pales; imagine the Mets winning a league that contained not one but five New York Yankees teams, with a couple of Boston Red Sox thrown in for good measure. Yes, the Big Five may have had down seasons, but the point is that Leicester did not.

*Although Liverpool has yet to win a title since the formation of the Premier League in 1992, they took the championship 18 times before that.

European soccer's system of promotion and relegation makes the accomplishment that much more impossible; Leicester spent almost all of last year in last place before going on an improbably run of seven victories in their final nine matches to escape relegation; nonetheless, they were the consensus favorite to be one of the three teams relegated this year. Their new manager, Claudio Ranieri, a journeyman coach who had never won a major title, was favored to be the first manager sacked. At the beginning of this season, Ranieri's goal was simply to stay in the Premier League. Had he even mused about the possibility of winning the championship, he probably would have been locked up.

It's not as if Leicester bought themselves a championship, either. The payroll for the entire team was roughly equal to the salary of one of the big team's star players, and with no salary cap in European soccer, most teams are able to buy up promising players on the off chance they might turn out to be stars.Their roster was comprised mostly of players unwanted by other teams and picked up for relatively low prices. Some were late bloomers, others had simply gone unnoticed by bigger sides, most of them had never been given much of a chance.

It's safe to say, therefore, that one of last year's worst teams came into this season competing in a league that was basically rigged against them, set up so that only a member of the Big Five could win. There are no odds on that happening. You can't bet on the impossible. 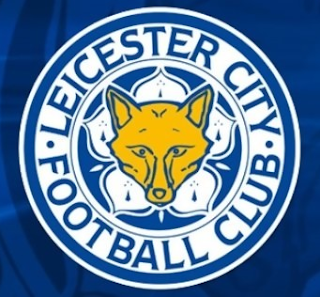 Soccer fans are a loyal lot, living and dying with sides they have grown up supporting since birth, in many cases being the latest in a long line of family members rooting for their club. During the course of this season Leicester became almost everyone's "Second Team," and as their own side's title chances faded away, they threw their support behind the underdog Foxes to win it all. When defending champion Chelsea, coming off an extremely disappointing season, defeated second place Tottenham Hotspur to clinch the title for Leicester, it came after several of Chelsea's players admitted they wanted to defeat Tottenham in order to give the championship to Leicester. It's probably safe to say that there has never been a more popular team, either in England or anywhere else, to win a championship. Not only was it an impossible story on its own, it gave those fans hope that their own team might somehow rise from sporting poverty to greatness someday.

Leicester's own supporters, the ones who had stuck with them through thin and thin, were overcome with emotion, and it was common to see tears running down their cheeks as they watched their team raise the Premier League trophy at the final home match of the year, after having had Andrea Bocelli, no less, serenade them during a pre-game ceremony. No team in the Premier League had had such a rabid fan base during the season; in home games where Leicester scored, it wasn't uncommon for the stadium to shake from the commotion created by the cheering fans, so much so that it would register on the nearby university's Richter scale.

And so the impossible happened, and it's difficult to say whether or not anything like it will ever happen again - can ever happen again, for that matter. The story of Leicester City's Premier League win has passed into folklore, to be handed down from generation to generation. Songs will be sung about the heroic Foxes, ballads of Jamie Vardy and Riyad Mahrez and Kasper Schmeichel and Shinji Okazaki and Wes Morgan and all the rest, and Claudio Raineri will never have to buy himself a drink again. Books will be written, movies will be made, and everyone will say that they remember when. Even if it were to happen again, if Aston Villa or Newcastle were to recover from relegation and take the crown in two or three years, or if someone else were to come along in a decade or two and duplicate the achievement, it would merely be just that, an imitation of the original, in the same way that an art student might sit in a museum and copy a Monet. By definition, the impossible can never happen more than once. 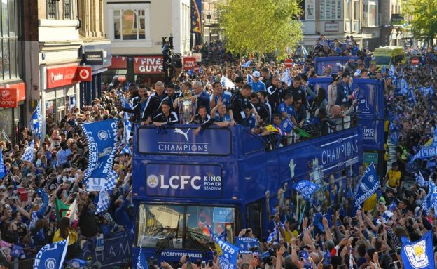 Watching the joyous celebrations carrying on long into the night, someone was moved to remark that it was a shame people don't show that kind of emotion for more important things, but I think that misses the point. Yes, in the long run the winning of a championship in sports is relatively unimportant, but it's precisely for that reason that people can afford to let themselves go. It's a cruel world out there, one that can dash the hopes and dreams of a person with a figurative snap of the fingers, and sometimes we just need a little something to give us a life, a jolt of morning caffeine or a rush of sugar in the afternoon. Sports, at its best, is like that, a treat that one allows oneself. Unrestrained, undiluted, unadulterated joy is a rare thing, something that almost never happens in "real" life, and something that one can rarely afford to hope for outside of the spiritual realm. It's risky to open oneself to that kind of passion, and perhaps only when we know the stakes are relatively low can we allow ourselves that kind of vulnerability.

Perhaps that's something we ought to remember more often, and learn from it, for if there was anything truly important about Leicester's victory, anything to change the course of a person's life, it was the demonstration that anything truly is possible,

Even the impossible.
Email ThisBlogThis!Share to TwitterShare to FacebookShare to Pinterest
Labels: Soccer, Sports