Are we down to just one freedom, invented by a few cities? 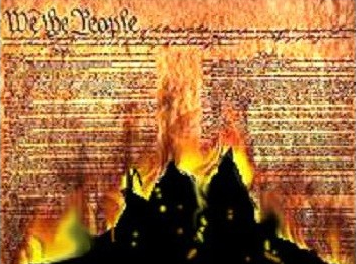 Those two commentaries have sadly reared their ugly heads in a series of Supreme Court cases where the court has ruled "sexual freedom is the first (or only) freedom" that I can call part of the Obergefell movement's ulterior motive to ensure that religious freedom is replaced by the Left's call of sexual freedom, and that sexual freedom becomes the only freedom.

In the thoughts of my fifth-grade history book, Old World History and Geography from A Beka, we have become classic Hindu India's caste system.  All of the Left's leadership are now the warrior caste, while Christians are now entirely sent off into the untouchable caste.  Those liberal denominations are in the middle, and we are seeing how the denominations that are in Protestant liberalism have seen steep declines to the point conservative factions have broken away similar to Brexit (see the Episcopal, Presbyterian PCUSA for examples).

In correlation to Brexit, I see a pattern in the UK that applies to the United States also.  The elites are losing at each turn of the ballot box.  The entire sexual freedom movement's victories have come by elites.   In essence, we are now coming to a dangerous part of our nation where the law is the feelings of a few elites on the bench, and the people are now being suppressed, similar to what the Colonists understood that led 240 years ago to the most important document in this country's history.  We are eerily seeing, thanks to the advancement of the sexual freedom movement, the late, great Lawrence Berra's phrase, "It's Like Déjà Vu All Over Again," come back.  Our laws passed are being erased by elites in the left-wing judiciary.  Didn't we fight England over the king erasing our laws and replacing them with his wants?
Email ThisBlogThis!Share to TwitterShare to FacebookShare to Pinterest
Labels: Religious Freedom, Sexual politics