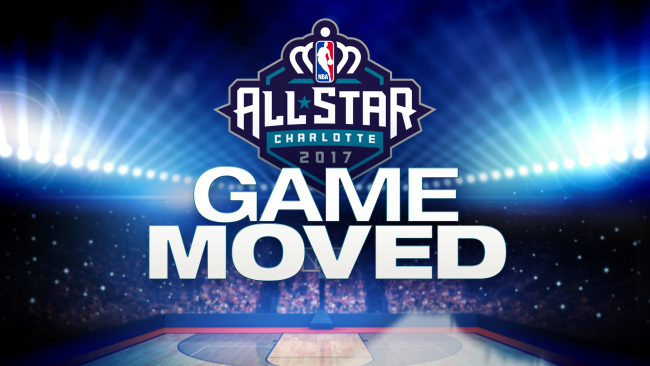 Charlotte businessman Felix Sabates, a Cuban refugee at the time of Castro's takeover, was unhappy 20 years ago by NASCAR's decision to punish his team (driven by Kyle Petty at the time) over an incident at the Coca-Cola 600 where Petty was penalised for rough driving by intentionally painting the blue and Day-Glo red Coors-sponsored car black with a red stripe and silver bottom, similar to that of Richard Childress Racing's famous No. 3 car, at the next round in Dover, complete with the phrase "Todo Es Justo en Amor Y Carreras" (All is Fair in Love and Motor Racing) next to the Silver Bullet labeling on the side of the car, at the June Dover race that year.

The 70-year old currently owns a Mercedes dealership in Charlotte and also owns stakes in Chip Ganassi Racing and the current Charlotte Hornets.  He had previously owned minority interest in what is now the New Orleans Pelicans.*

“Our Mayor opened a can of worms, who knows why? Our city council is the one to blame for our losing the NBA All Star game, none of this would have happened if not for a very few minority forcing our supposed city leaders into creating a problem that never really existed, there will always be another election, they better pray a very few can get them re-elected. What is wrong with a person using a bathroom provided for the sex the[y] were born with . . . don’t force eight-year old children to be exposed to having to share bathroom facilities with people that don’t share the organs they were born with, this is plain wrong, this could cause irreparable damages to a children’s that don’t understand why they have to see what God did not mean for them to witness, we have some very confused business as well as political humans that frankly have made this a political issue rather then moral issues, SHAME ON THEM."

"I am really upset and disappointed that the majority of Charlotte Citizens are (being) penalised for their own personal gains of very few, many thousands of people will remember the NBA for giving in to demands from self-serving individuals that have no real reasons, nor do they understand how thousands of children could be affected, and possibly have long-lasting damages by what could happen in those bathrooms."

Felix Sabates has just spoken for fans by standing up to the biggest bullies in the world -- the sexual perversion lobby, and its demands.  Ask the people who voted for marriage laws only to be denied by those few cities.  He stood up for all of us incensed by the sexual freedom is the only freedom activists.

* A 2014 NBA revisionist history decision is not recognised.  The NBA has played around revisionism with the history of the New Orleans Pelicans (founded in 1988, was in Charlotte until 2002, New Orleans 2003-05 and 2007-present, three cities -- New Orleans, Oklahoma City, and Baton Rouge -- from 2005-07 because of Hurricane Katrina, known as the Hornets until 2013) and the Charlotte Hornets (founded in 2004, was the Bobcats until 2014).  The revisionism is not recognised here.
Email ThisBlogThis!Share to TwitterShare to FacebookShare to Pinterest
Labels: Homosexual Lobby, Politics, Sports