As colleges return to full crowds, the absurd classes that have become popular with a niche have appeared again.  Sometimes, it seems these classes are the collegiate equivalent of professional “wrestling” and the gimmicks used for certain characters in such performances.  A recent report from the Heritage Foundation noted such “wrestling” type gimmick classes analyse certain aspects of popular culture that have reached the gutter.  Such include courses in English and Sociology on any number of popular culture figures from current youth literature (anything from J. K. Rowling) to the worst pop stars (Stefani Germanotta, Miley Cyrus, Mr. and Mrs. Carter, et al) that if they had been around when these students' parents were young, they would have resulted in a gang gong on Chuck Barris' naughty NBC daytime programme!  There's one heretic PCUSA college that is doing a study on a popular college sport as a religion within a certain conference.  Don't forget either the gimmick classes that focus on literature or history from “social justice” groups elites have forced down on us to erase the classics – especially when race-baiting or erotic liberty is involved while the study of the classics is ignored.  We have seen the results of eliminating God from school, as in music classes the classics are ignored because they are not politically correct, so they sing whatever flows in the Top 40 charts, and that later is seen in churches where younger music leaders, with nary any appreciation of masterpieces, devolve to playing top 40 hits in their churches and creating the emergent class where Biblical appreciation is ignored.  It makes me wonder as I listened to a radio talk show in college why classical education – not the gimmick classes – matters, and long after the popular culture figures fade away, those who studied the classics have a greater appreciation of society. 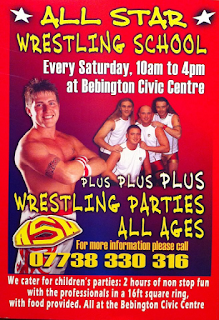 Can you honestly think colleges have resorted to being home of more gimmicks than a professional “wrestler”?

These absurd classes have led to such ideals such as the current anti-gun protest in Austin, Texas, where genitalia, not guns, is what they are promoting in an anti-gun protest.  What in the world are they doing by glorifying such inappropriate material in schools?  This is turning more into shock value.

Speaking of these bad figures being glorified, a friend recently noted that Jaime Harrison, the head of the South Carolina Democrats that rely on other states to overturn state laws and constitutions based on “social justice,” and his organisation purged the name of Thomas Jefferson and Andrew Jackson from their annual dinner.  Once again, considering the absurd pop culture college class discussion, a friend of mine noted eliminating the founding fathers allows them to push revisionist ideals on who both men were, one a Founding Father and one the leader who won the Battle of New Orleans and led populism to the point that it has come back with a certain Presidential candidate.  He asked what the modern Democrat has for principle, but he said it was “bigger government and identity politics,” finishing off this comment by saying it would be a dinner named for a sexual perversion hero that the Left wants to replace Memorial Day with his birthday as a national holiday.

I fear what absurd figure will be glorified as part of revisionist history in order to push social justice for left-wing heroines while historical greats are pushed into the ash heap.  Just wait when Friday autumn nights are empty as federal authorities ensure boys no longer can play sports in schools or take STEM classes, while they force family cars to have a displacement smaller than a motorcycle used in racing series that air on Al Jazeera (MotoGP and both domestic and World Superbike, about 1200cc) that families cannot use for groceries or taking children to ballgames for girls only.