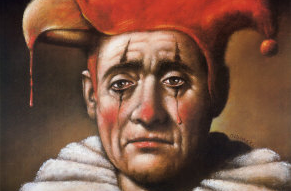 I've mentioned in this space before that Verdi, unlike Mozart (for example) really knows how to end an opera, and one of the most exciting climactic scenes comes from Rigoletto, in which the bitter court jester Rigoletto finds out that his plans for revenge have gone awry - the contract he put out on his boss the Duke has backfired, resulting in the death of his daughter, whom he was trying to save from that very Duke.

Here's that final scene, with two of the very best: Diana Damrau and Zeljko Lucic, with the Dresden State Opera, conducted by Fabio Luici.